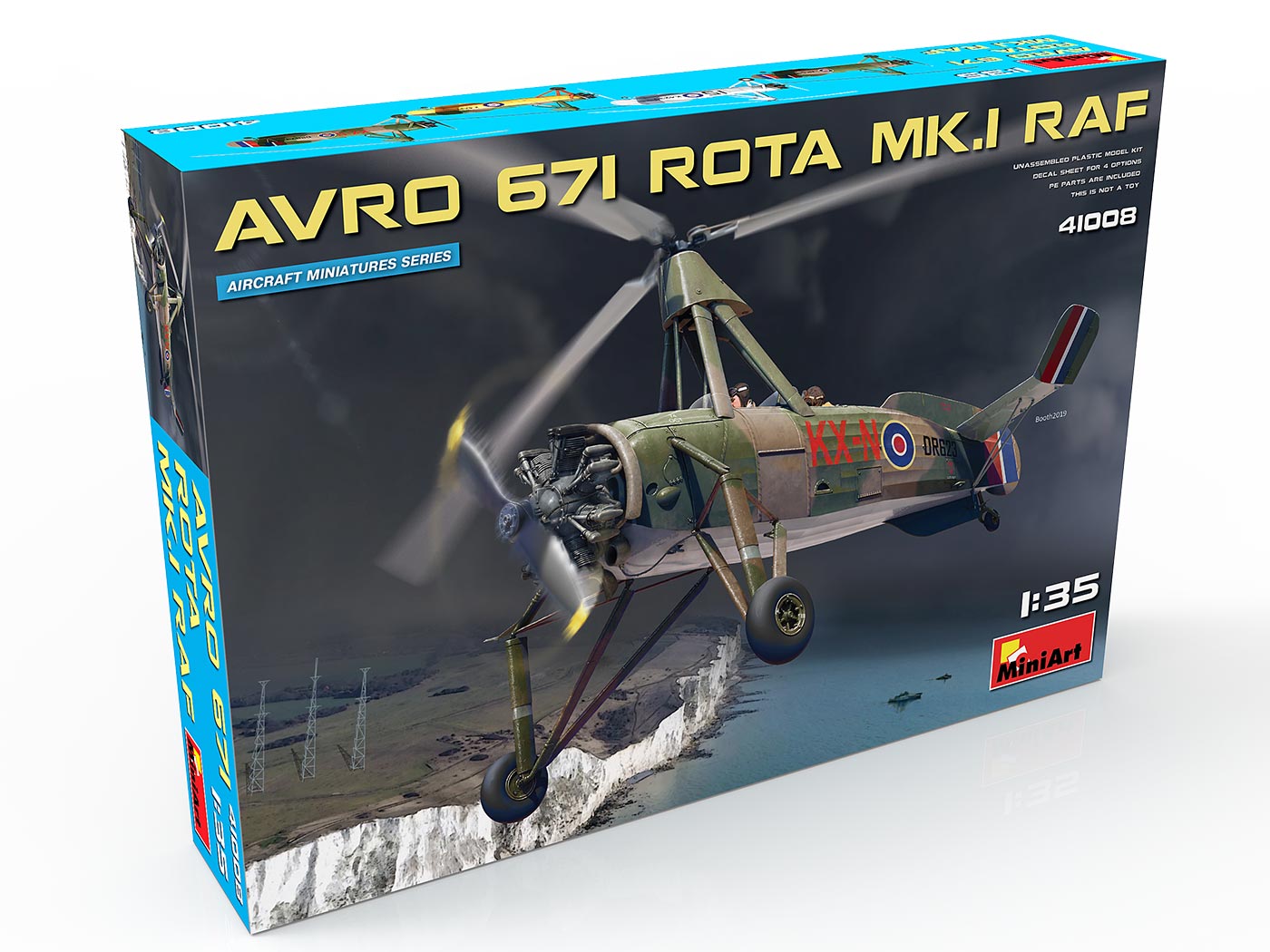 In today preview, we have more information on MiniArt's new 1/35th scale AVRO 671 ROTA "MK.I RAF" version that is slated for release next month. New Sprue pics, aircraft marking schemes and other pointers of the kit laid out in CAD for you to better understand what is coming... 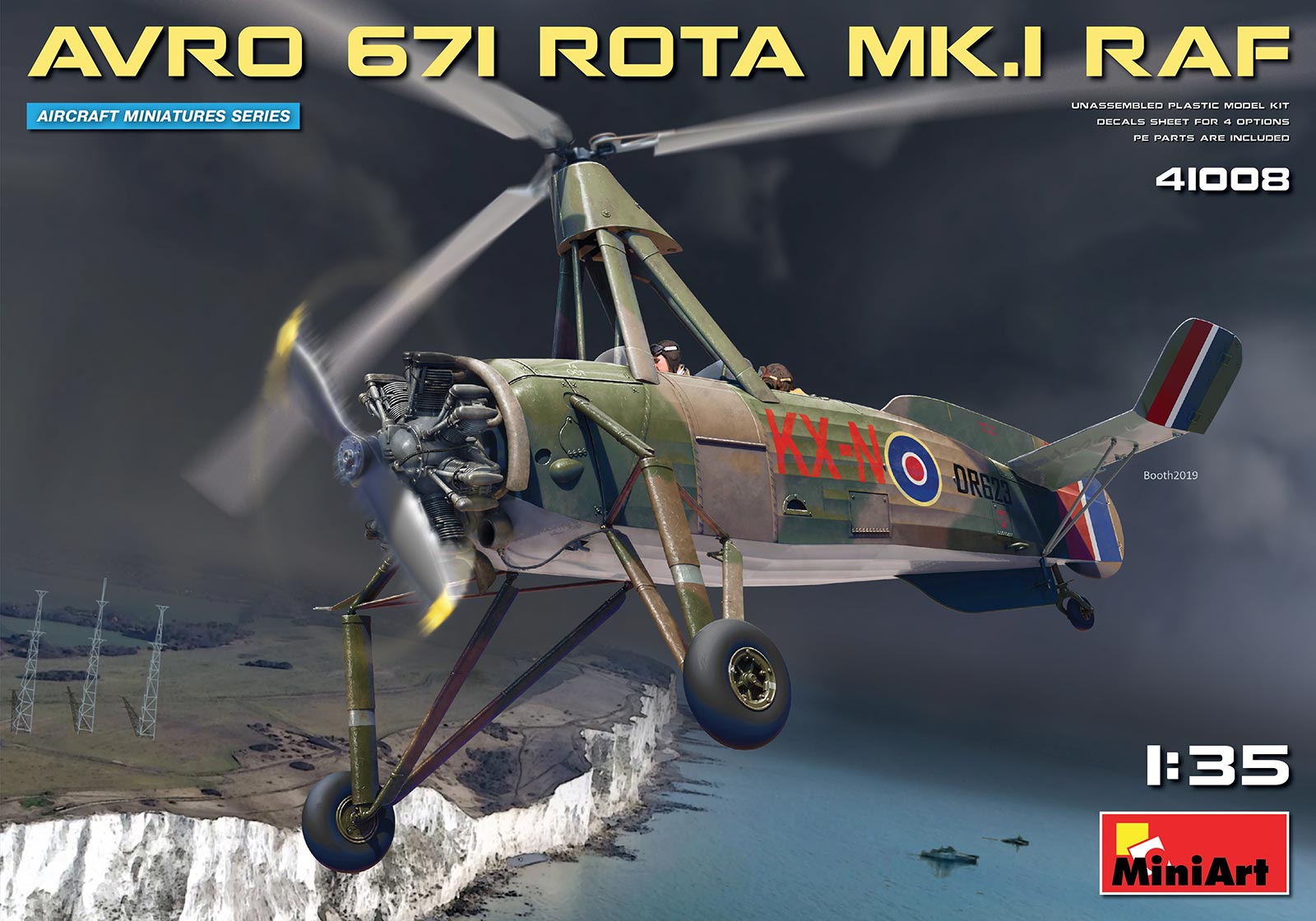 The Cierva C.30 family of Autogyros
The Cierva C.30 was an autogyro designed by Juan de la Cierva and built under licence from the Cierva Autogiro Company by A V Roe & Co Ltd (Avro), Lioré-et-Olivier and Focke-Wulf. 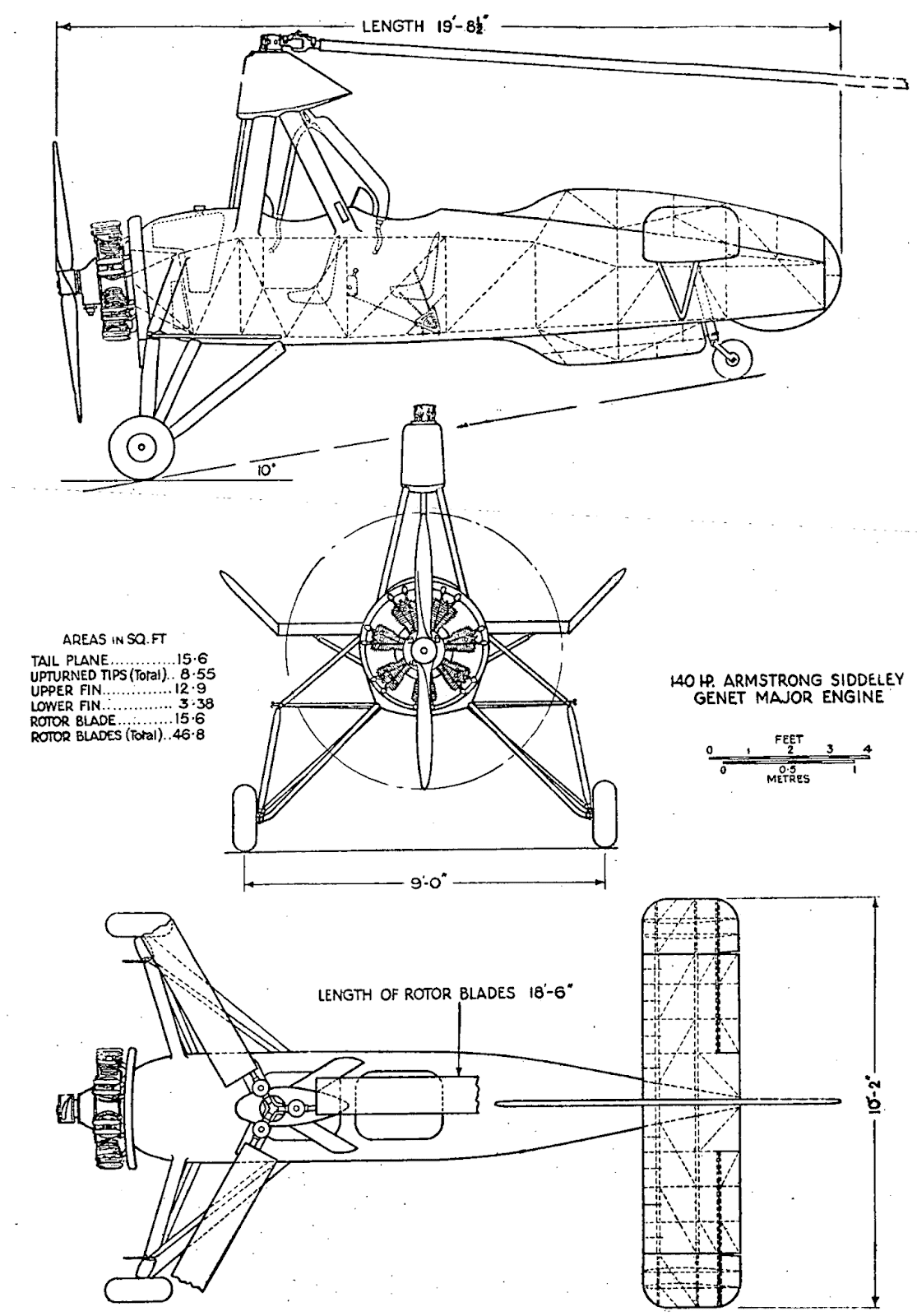 The first production design in the series was the C.30, a radial-engined autogyro with a three-blade, 37 ft (11.3 m) rotor mounted on an aft-leaning tripod, the control column extending into the rear of the two cockpits. The engine was the five-cylinder, 105 hp (78 kW) Armstrong Siddeley Genet Major I used in the C.19 series. The fabric-covered fuselage carried an unbraced tailplane, without elevators but with turned-up tips. The port side of the tailplane had an inverted aerofoil section to counter roll-axis torque produced by the propeller. 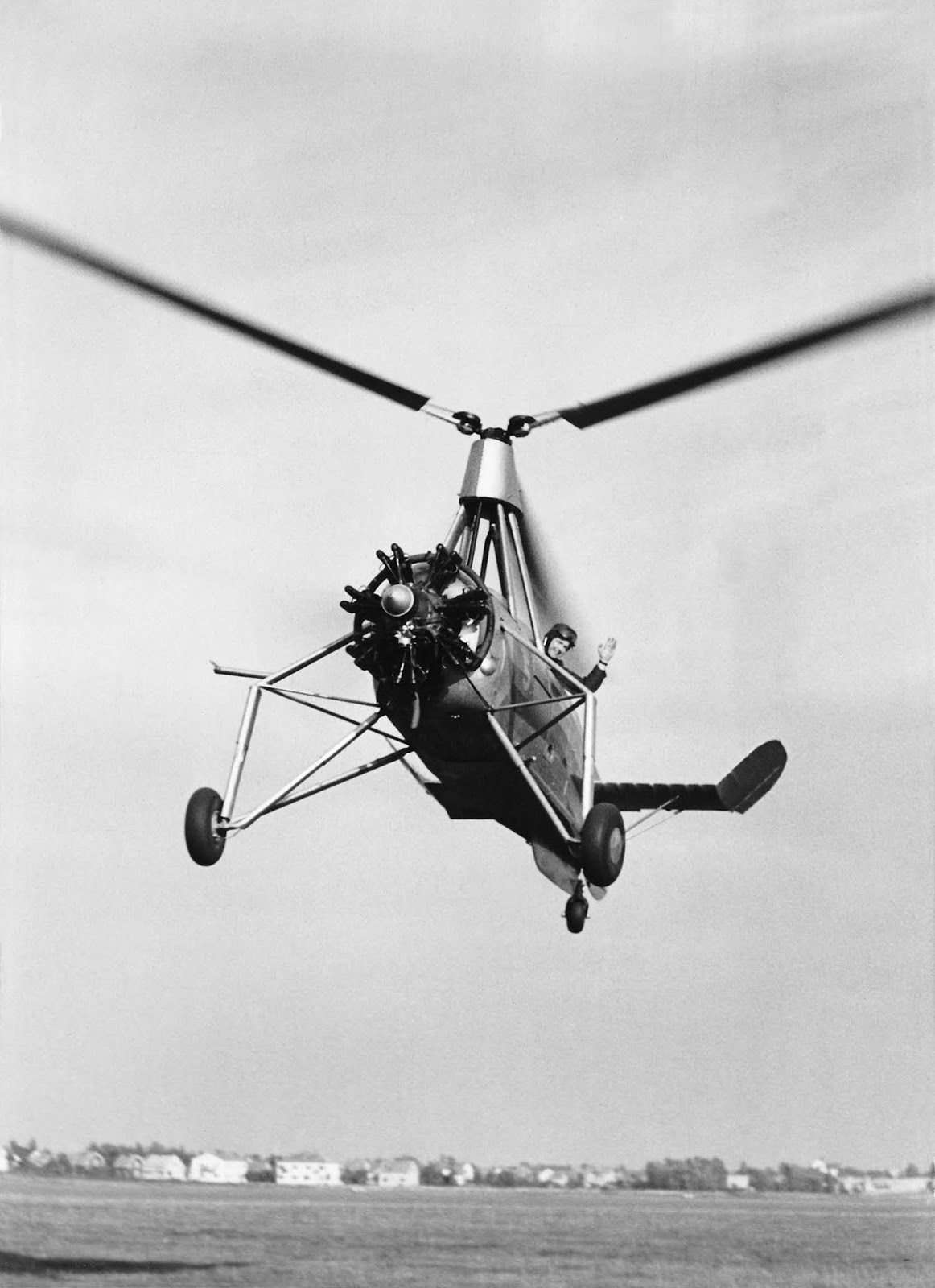 As with most autogyros, a high vertical tail was precluded by the sagging resting rotor, so the dorsal fin was long and low, extending well aft of the tailplane like a fixed rudder and augmented by a ventral fin. The wide-track undercarriage had a pair of single, wire-braced legs and a small tail wheel was fitted. This model flew in April 1933. It was followed by four improved machines designated C.30P (P here for pre-production) which differed in having a four-legged pyramid rotor mounting and a reinforced undercarriage with three struts per side. The rotor could be folded rearwards for transport. The C.30P used the more powerful (140 hp, 104 kW) seven-cylinder Armstrong Siddeley Genet Major IA radial engine. 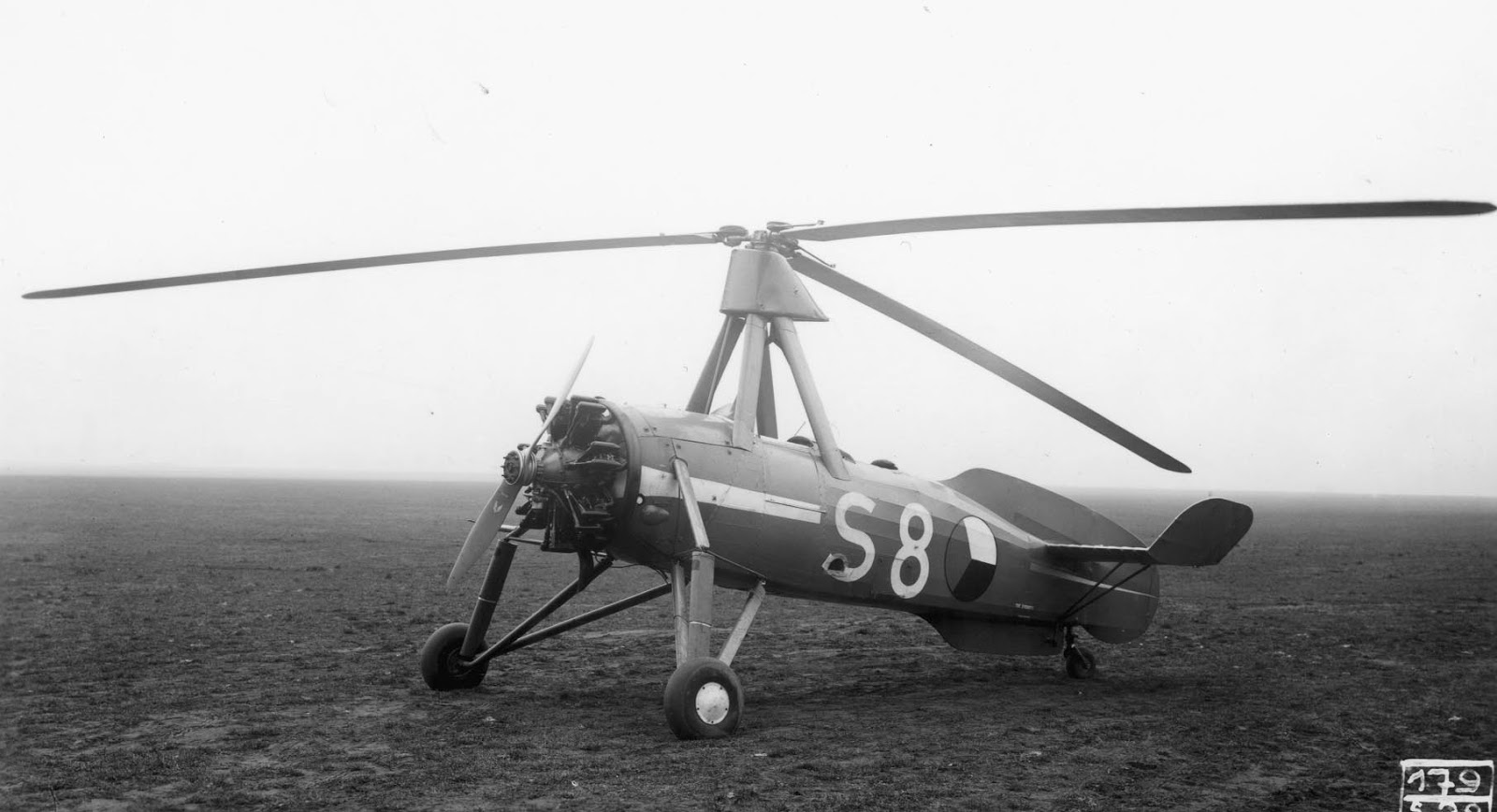 The production model, called the C.30A by Avro, was built under licence in Britain, France and Germany and was similar to the C.30P. The main alteration was a further increase in undercarriage track with revised strutting, the uppermost leg having a pronounced knee with wire bracing. There was additional bracing to the tailplane and both it and the fin carried small movable trimming surfaces. Each licensee used nationally built engines and used slightly different names. In all, 143 production C.30s were built, making it by far the most numerous pre-war autogyro. 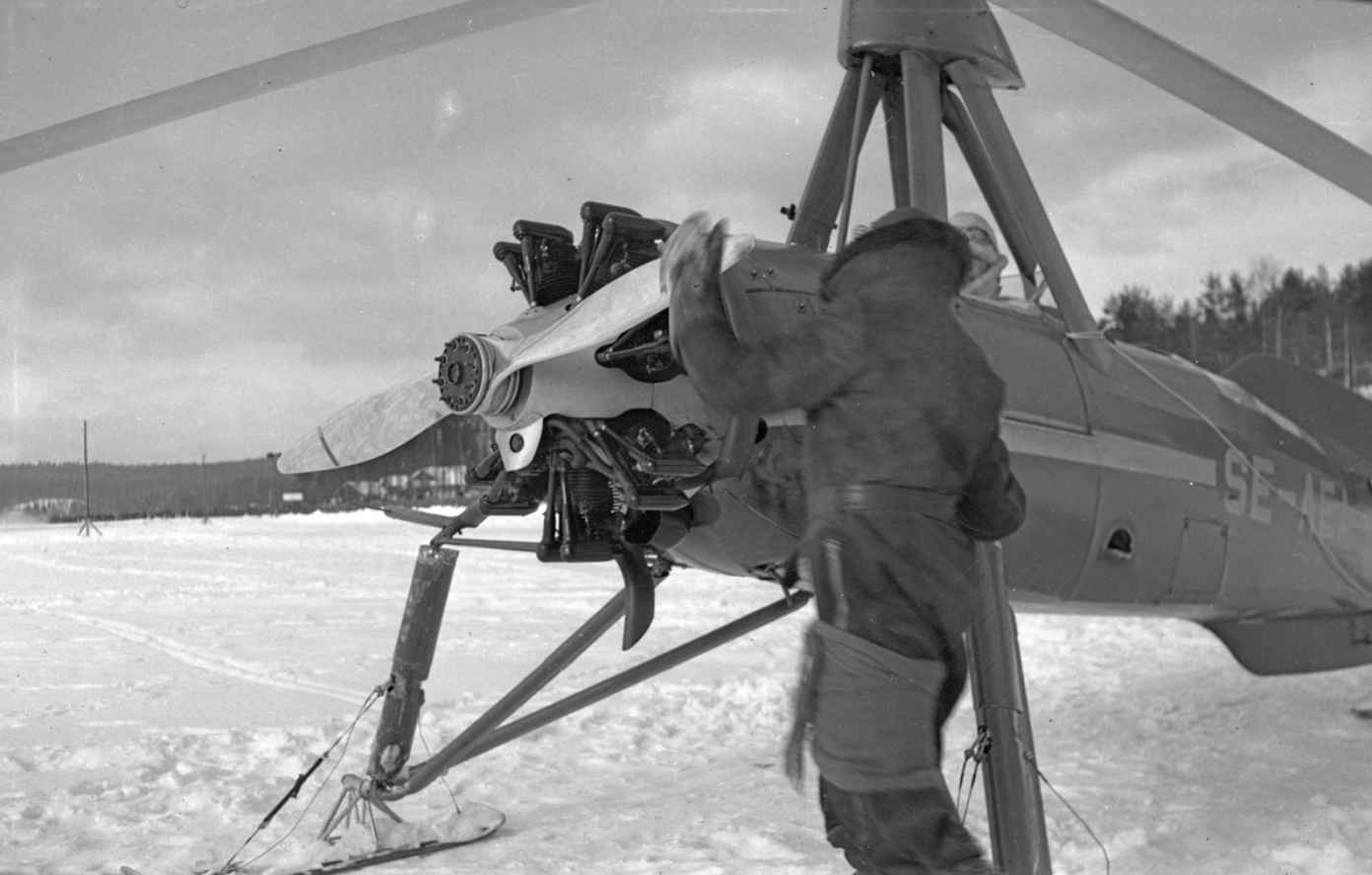 The Avro 671 Rota.
Of the 66 non-RAF aircraft built in the UK by Avro, 37 appeared at least for a while on the UK register. Some (maybe a dozen) were sold abroad, but others were flown by wealthy enthusiasts and by flying clubs who offered autogyro training. By the end of the decade, private flyers were moving back to the comforts and economies of fixed-wing aircraft and more C.30s moved abroad leaving the Autogyro Flying Club at London Air Park, Hanworth as the major UK user. 26 aircraft were directly exported by Avro. These went both to private owners and to foreign air forces who wish to investigate the autogyro's potential.

In 1934, one Spanish Navy C.30 piloted by Cierva landed on the Spanish Seaplane tender Dedalo anchored in Valencia harbour and later made a takeoff. In September 1935, five members of the Lithuanian Aero Club flew C.30A in the "air train" together with the glider Schneider Grunau Baby and the aeroplane de Havilland DH.60 Moth over the Baltic sea states: Kaunas, Riga, Tallinn, Helsinki. 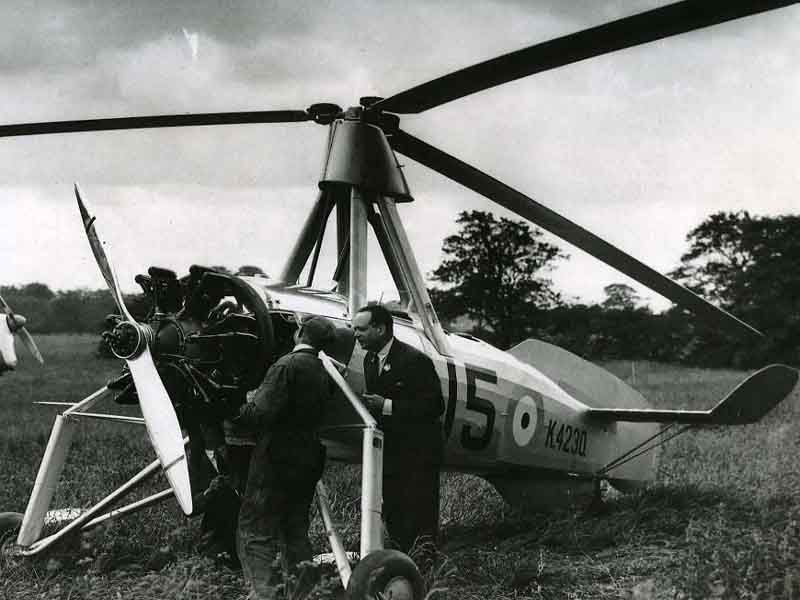 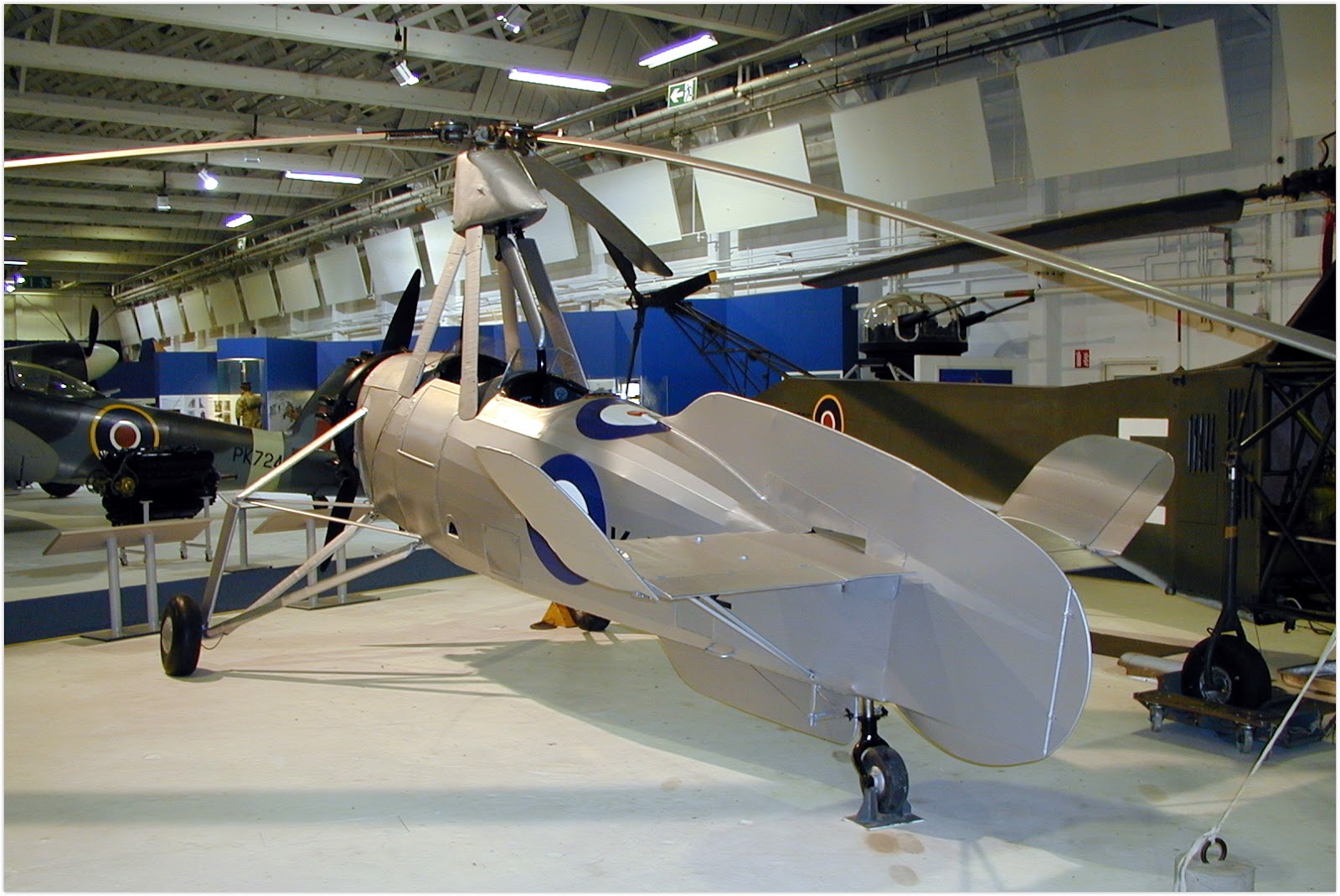 Many of the surviving civil aircraft were also taken into RAF service between 1939 and 1940. In 1940 they equipped 1448 Flt. at RAF Duxford. Later they equipped 529 Sqn. at RAF Halton on radar calibration work, disbanded in October 1945, the twelve survivors were sold on to civilian owners. 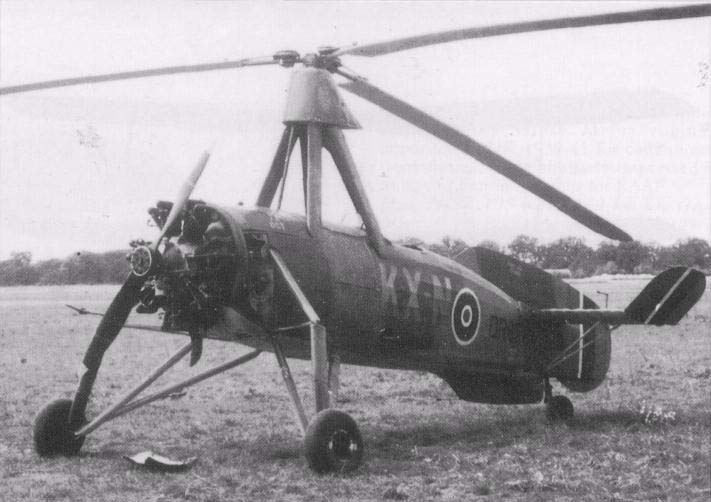 Most of these did not last long, although two were used for pilot rotary wing experience by Fairey in their Fairey Gyrodyne helicopter programme. Rota Towels kept one ex-RAF Rota airworthy G-AHTZ until an accident in 1958. G-ACUU, the Imperial War Museum's C.30A exhibit at Duxford had one of the longest active lives. It joined Air Service Training Ltd in 1934, was impressed (as Rota HM580) in 1942, serving with 529 Squadron and returning to civil use by G.S. Baker based at Birmingham's Elmdon airport with its original registration plus the nickname Billy Boy and was not withdrawn from use until 1960. Production variants from different countries:
There will be several sub-type we would think of this aircraft - seeing that it was originally conceived by Juan de la Cierva, it was sold to several companies under licence...

Avro (Britain)
Avro obtained the licence in 1934 and subsequently built 78 examples, under their model designation, fitted with an Armstrong Siddeley Genet Major IA (known in the RAF as the Civet 1) 7-cylinder radial engine producing 140 hp (100 kW). The first production C.30A was delivered in July 1934.

This new kit from MiniArt:

The new 35th scale AVRO 671 ROTA MK.I RAF is the first boxing of this aircraft from MiniArt and the first of its kind in injection moulded plastic. MiniArt does not have much as of yet to say for sure - but this is what we know...


Hatches Can Be Open Or Closed
Photo-etched Parts Included

The Sprues for this kit (in CAD) 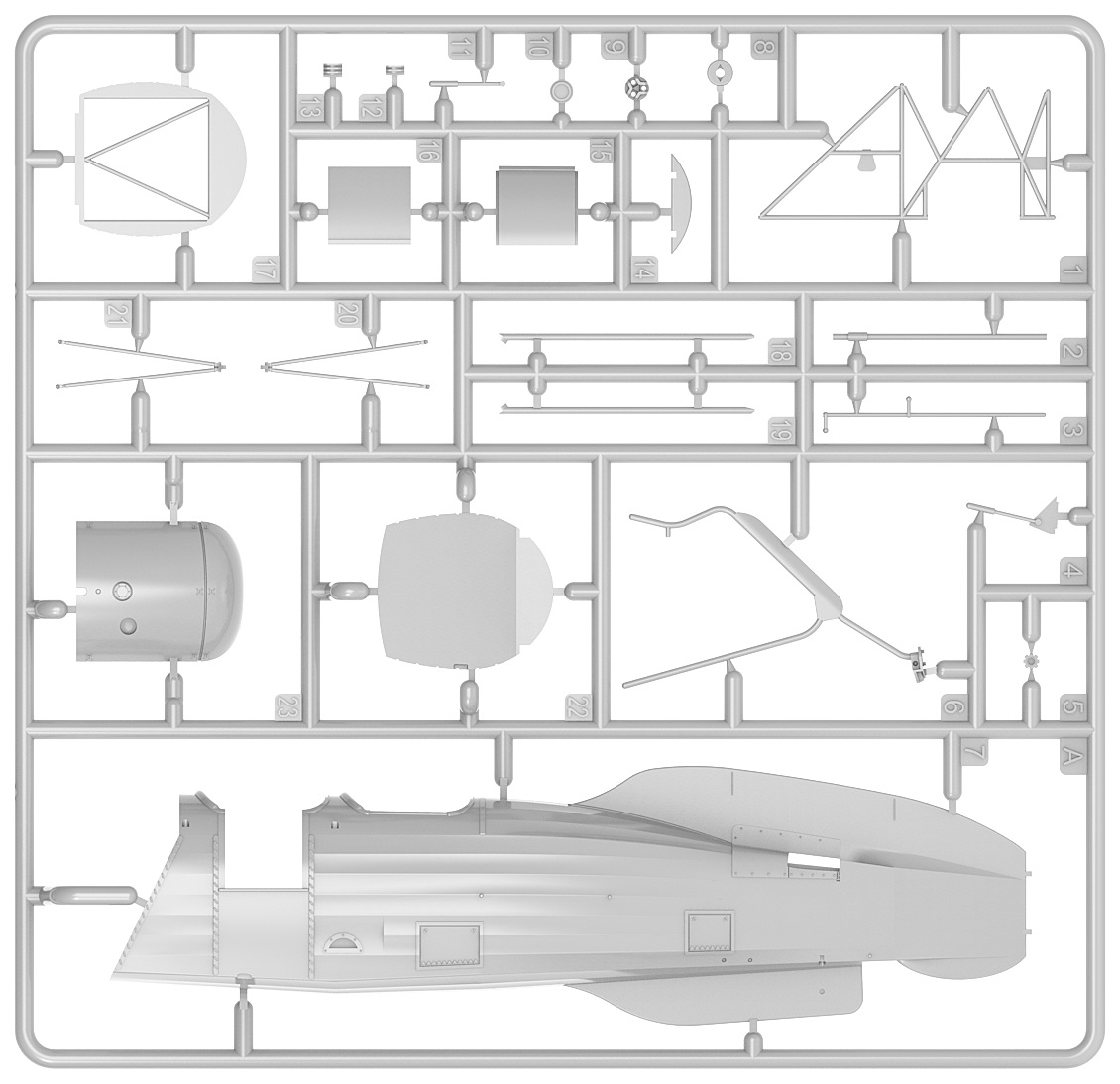 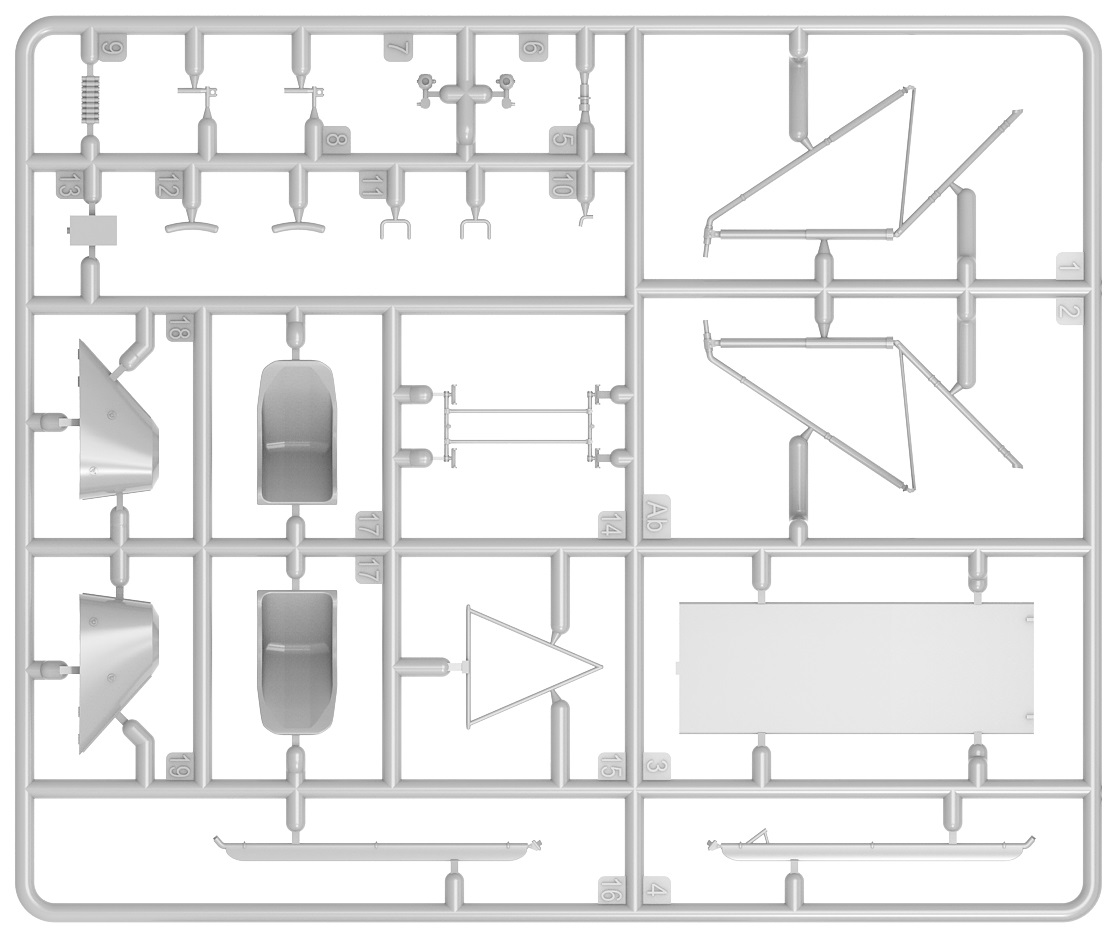 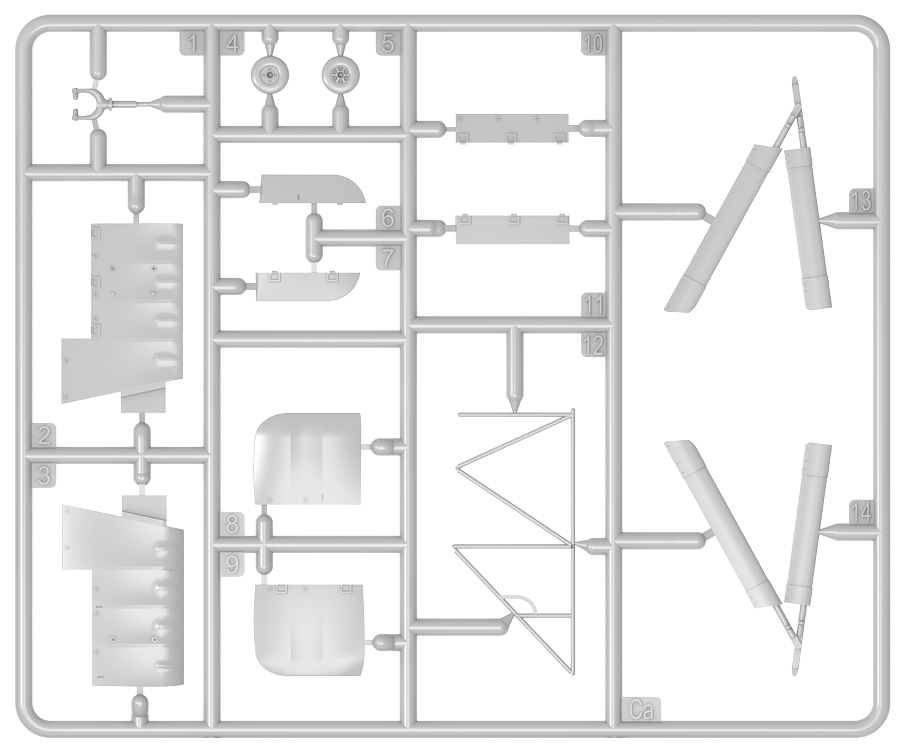 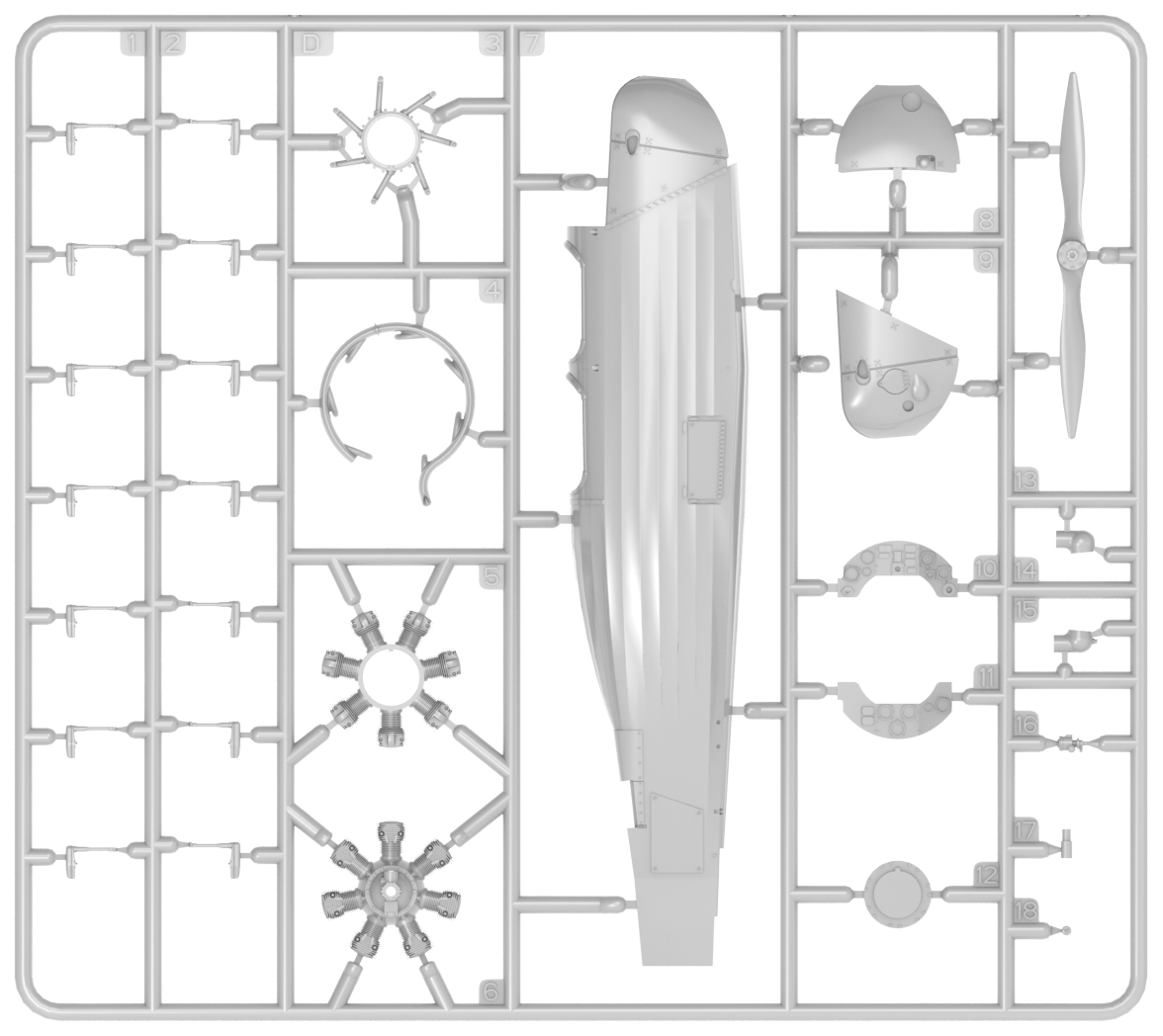 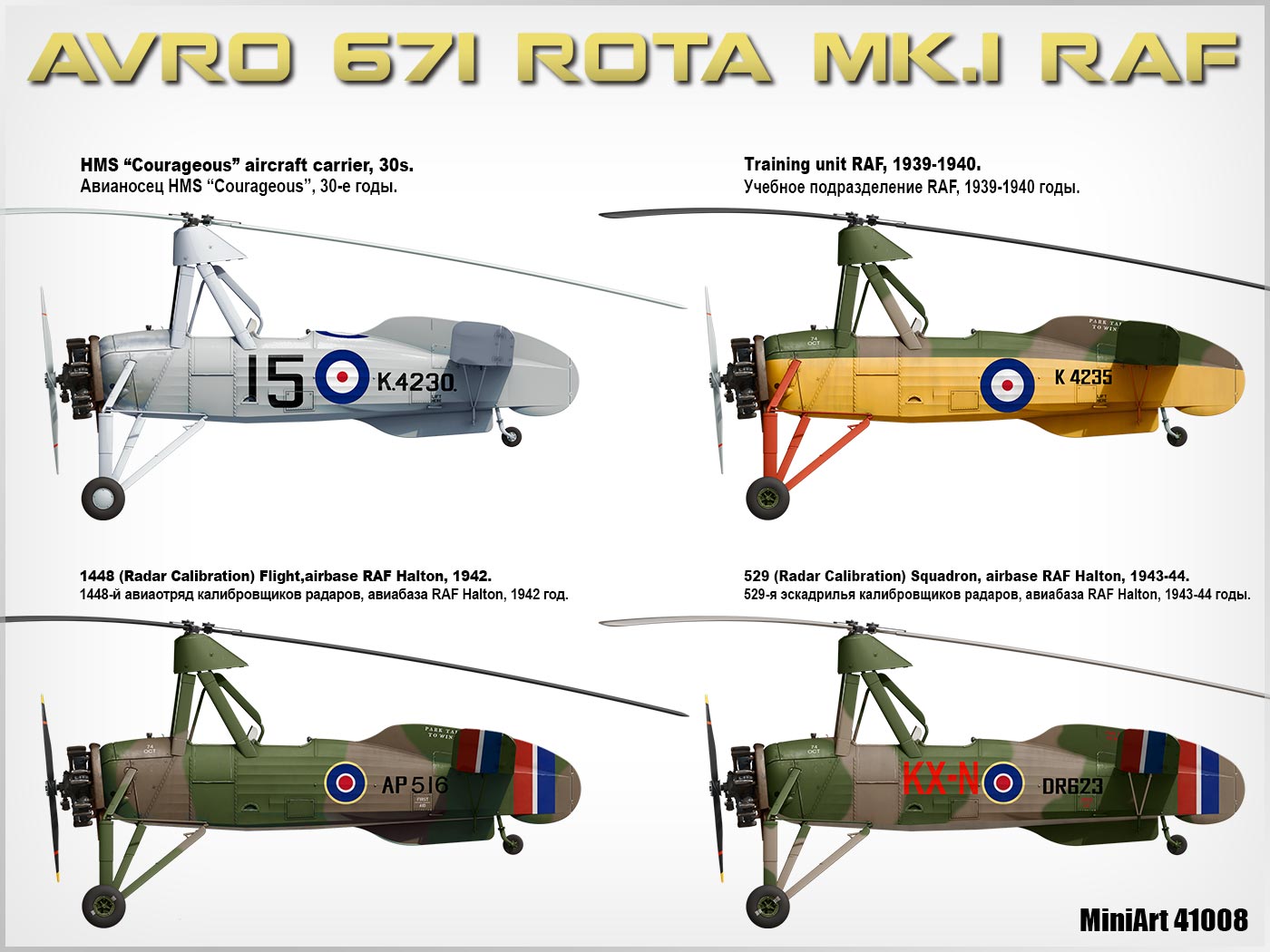 CAD information on the kit 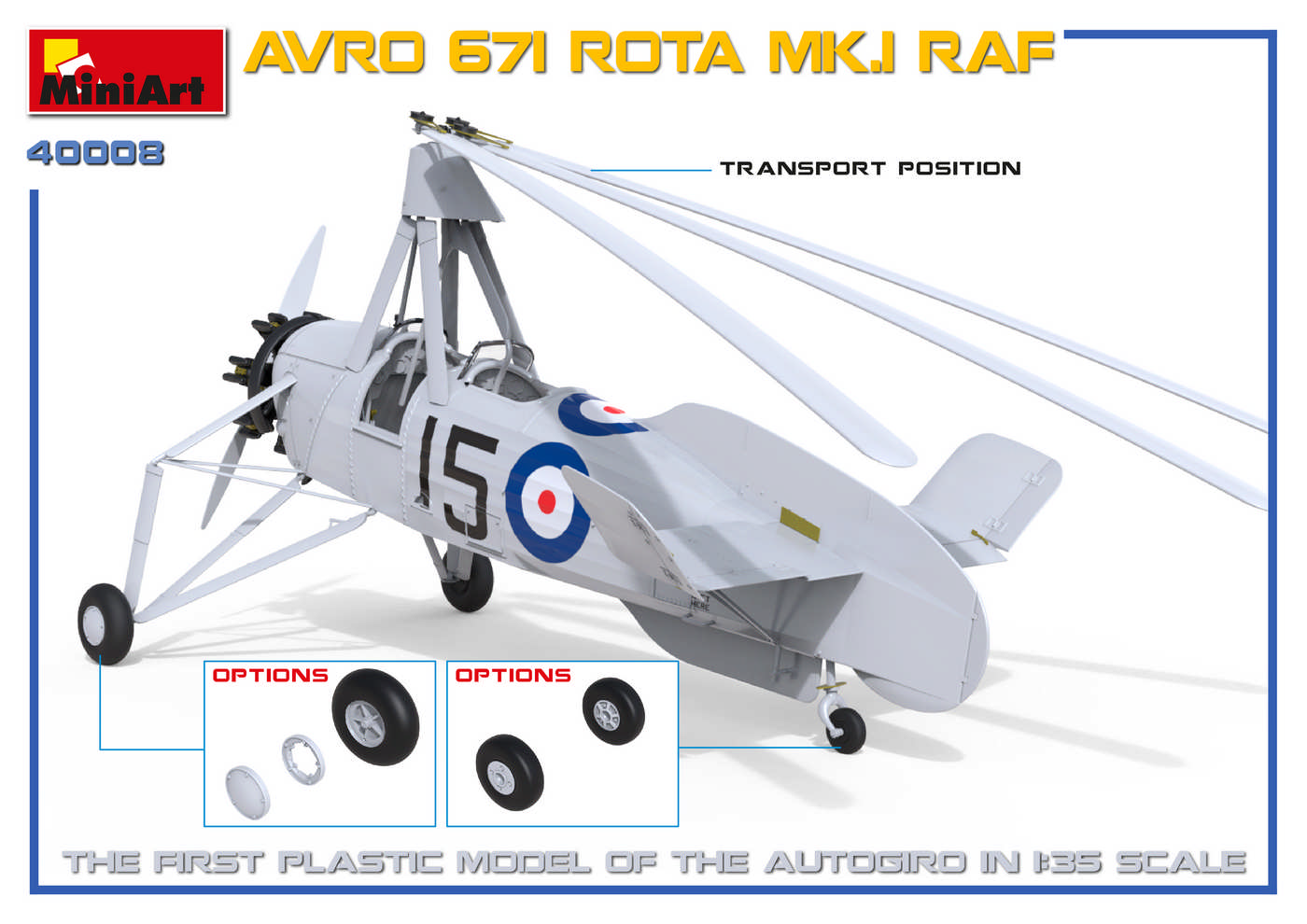 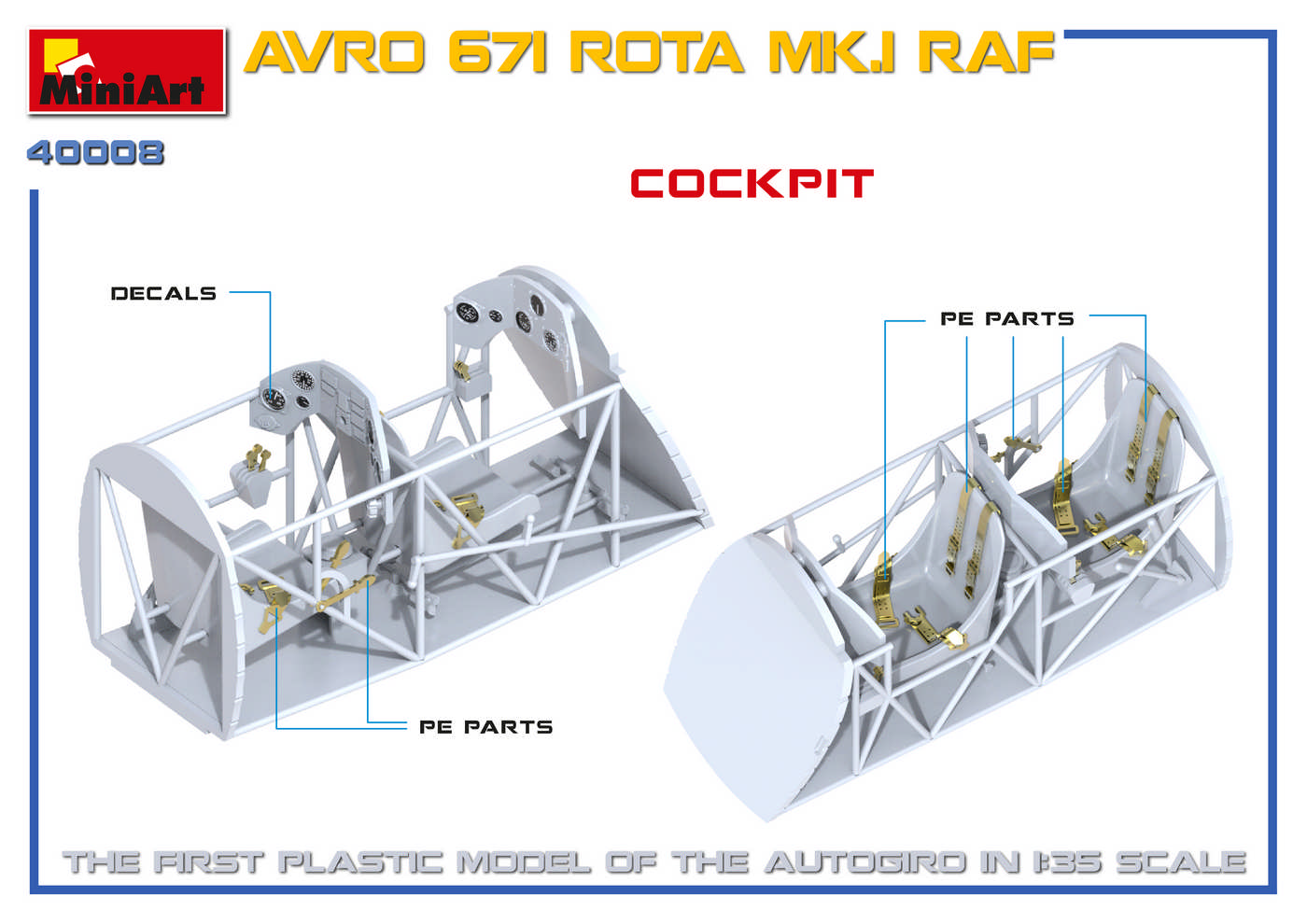 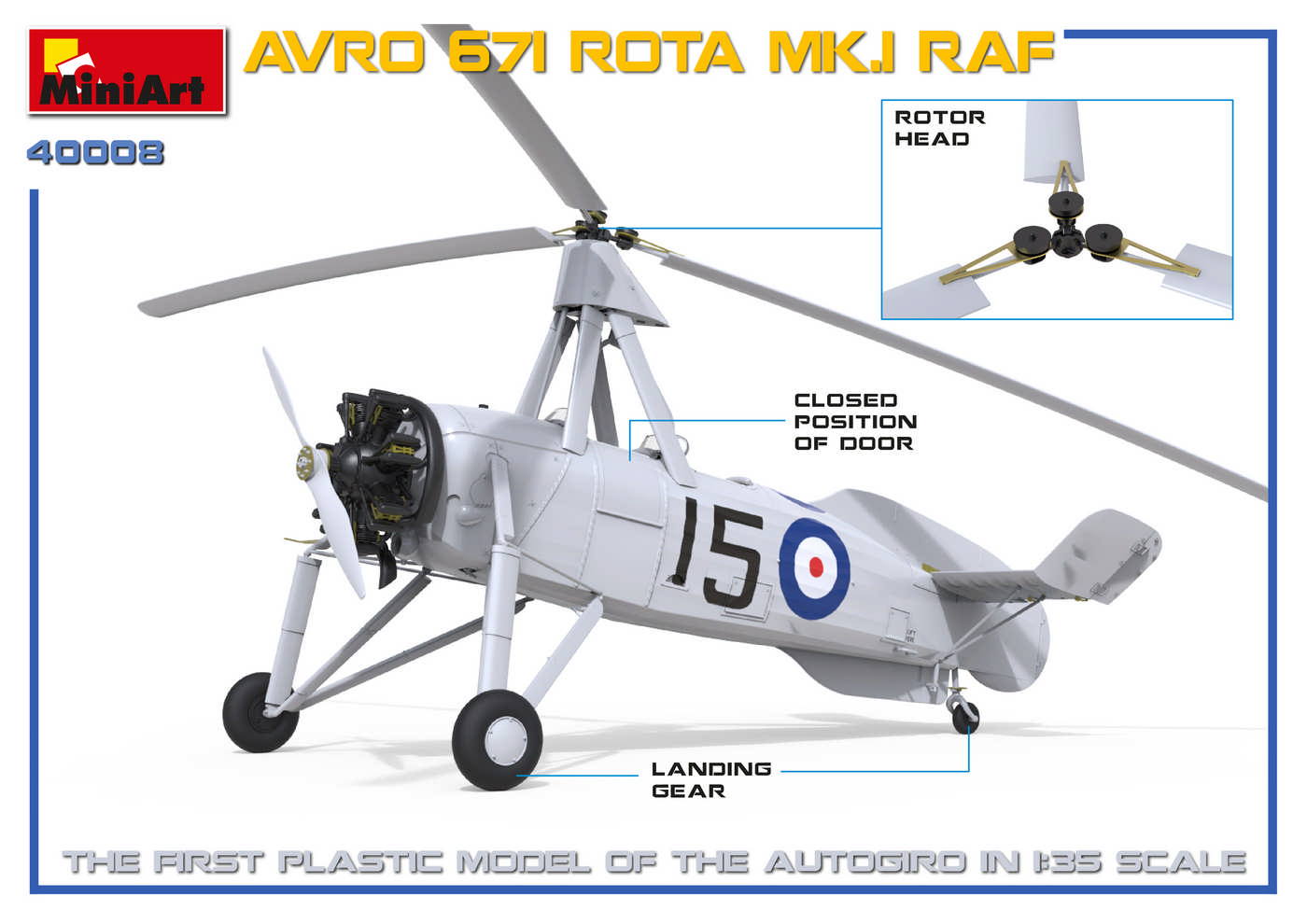 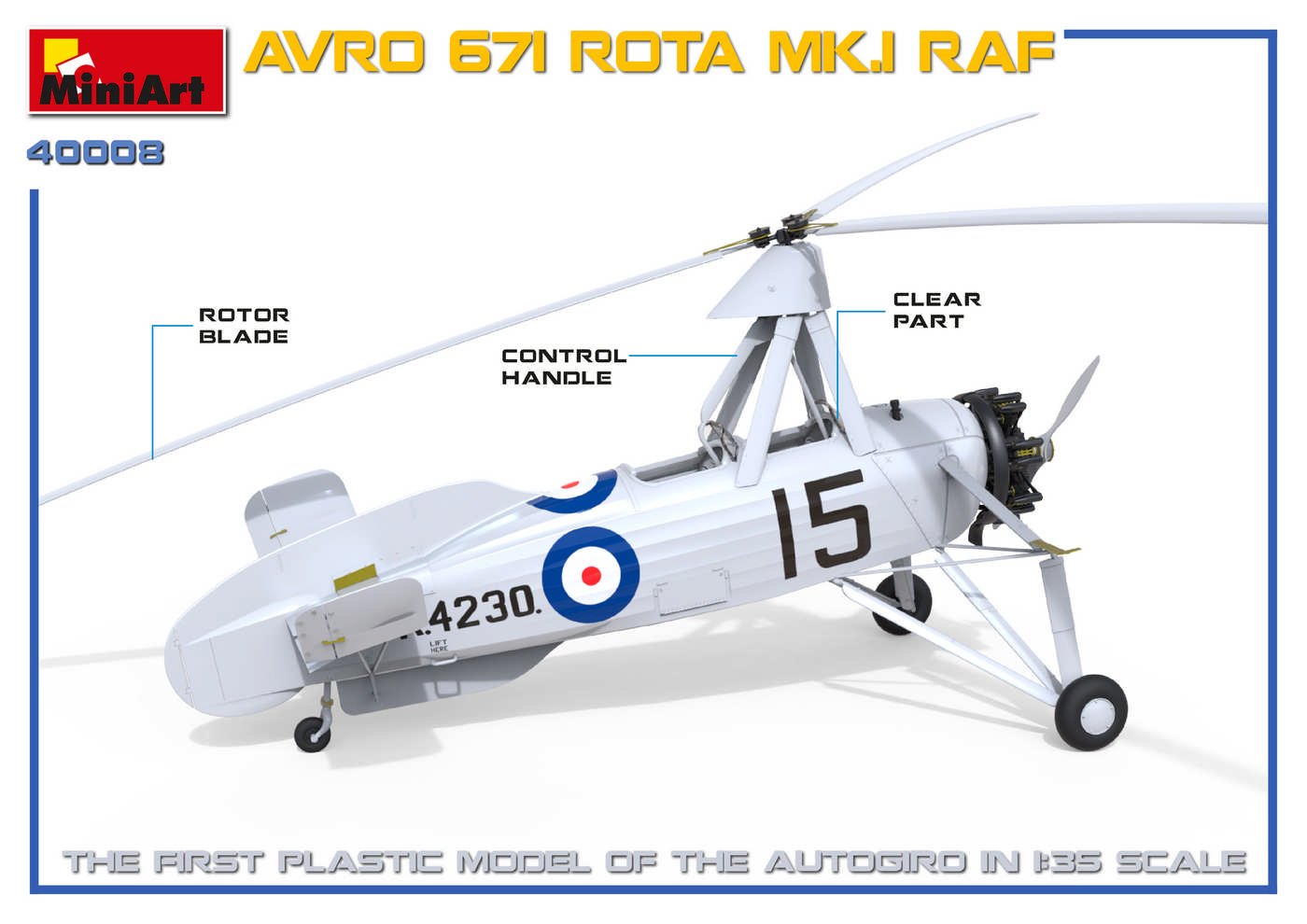 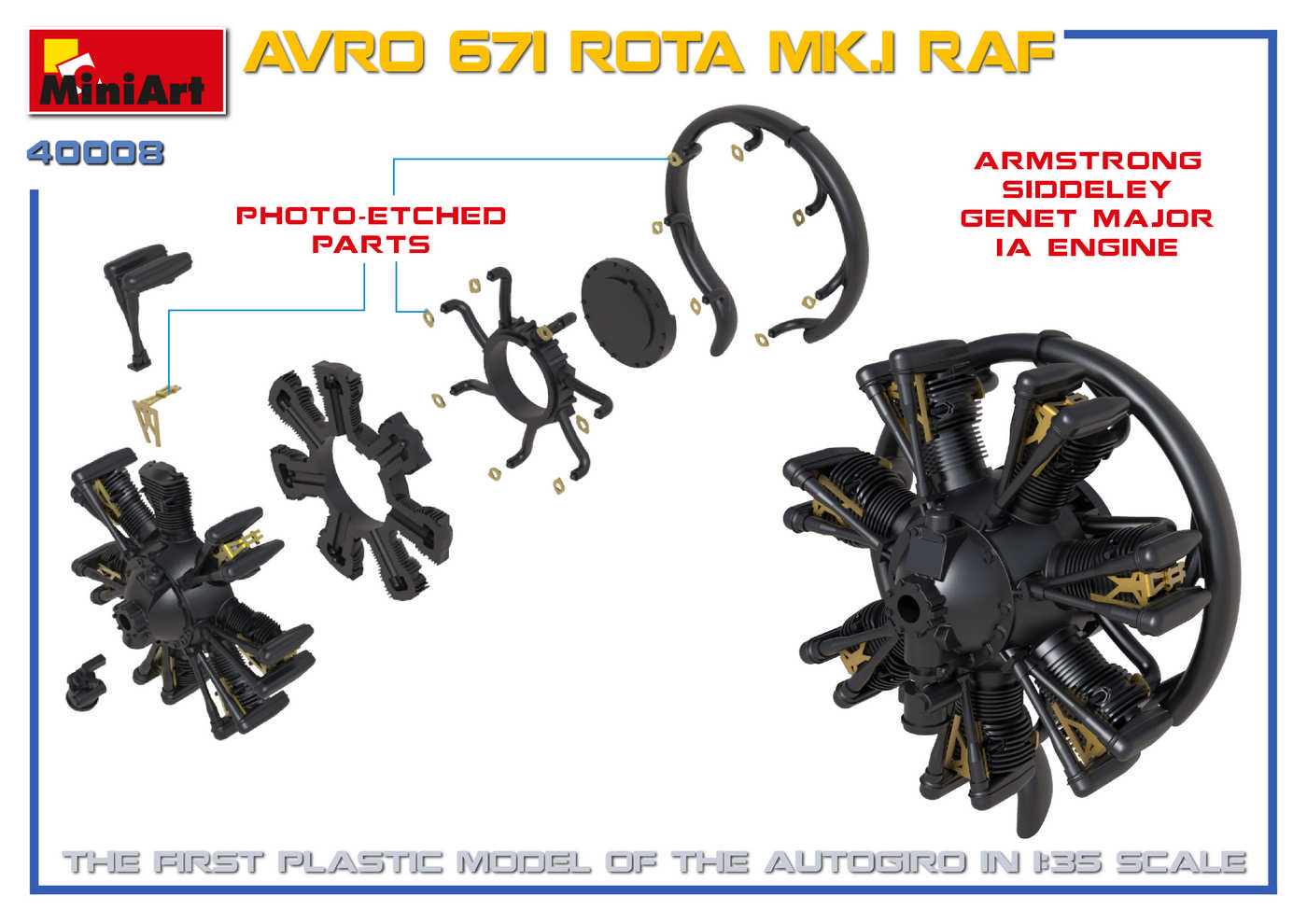 There will be no doubt more of these in liveries of many different countries and companies - so stay tuned to see more about this kit as it, ahem, "arises".😋