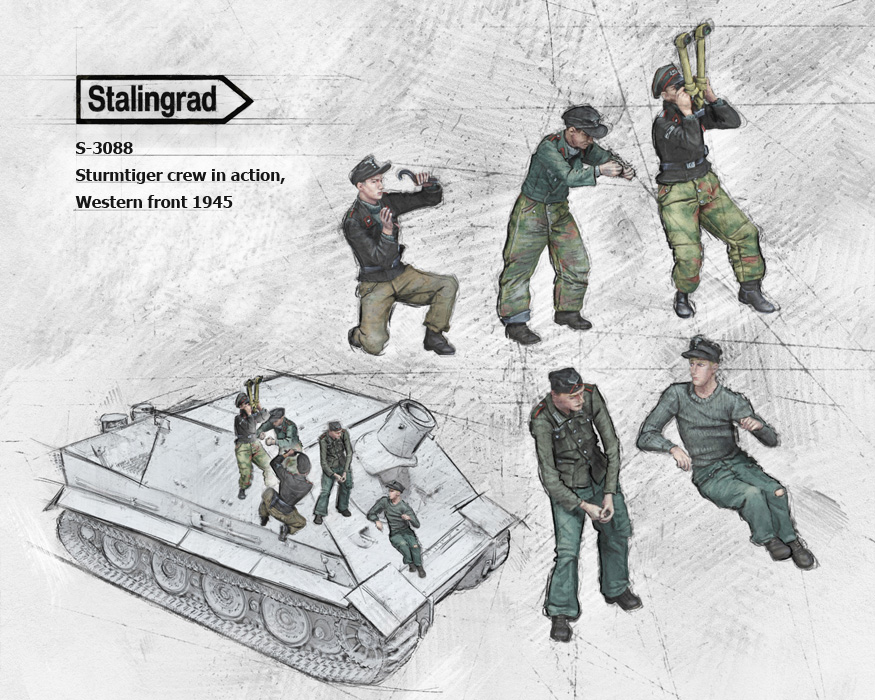 With the latest full interior Sturmtiger kits released on to the market, it seemed only a matter of time before someone smart and good with resin stepped up to the plate and made a crew - Enter Stalingrad Miniatures who has just sent us pictures of their new five-man crew for this little monster. We have a look at them in our preview...

Alexander Zelenkov, the head of Stalingrad Miniatures, has sent us details of their latest set of three figures for the 35th scale Sturmtiger kits that are now adorned with full interiors. We are used to many pictures and dioramas with Sturmtigers looking like the picture below - with US or Soviet soldiers standing over a captured version... 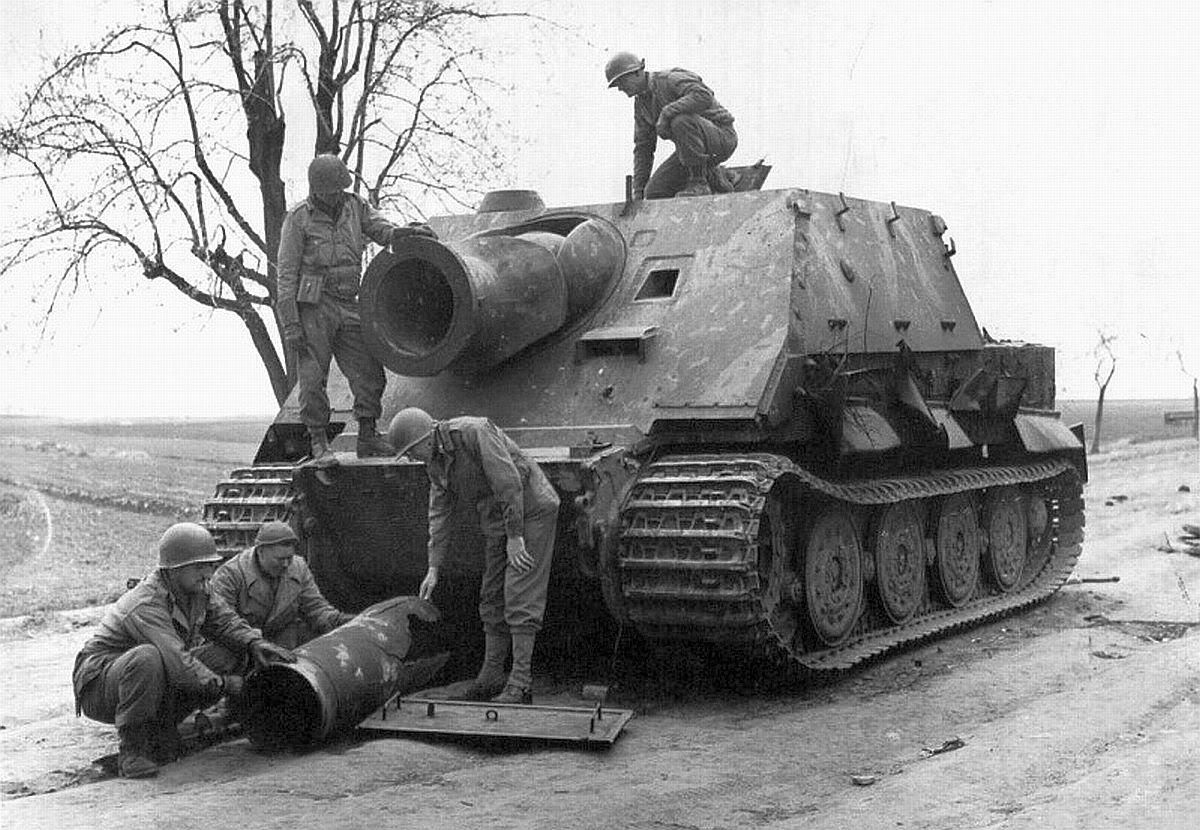 The opportunity to show the crew at their stations - handling the huge ammunition rounds, driving, commanding the tank is now here - before this set, all we had were some very vague pictures of the crew taken about 75 years ago. 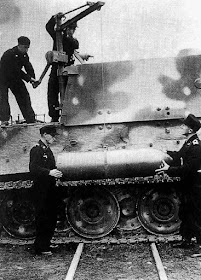 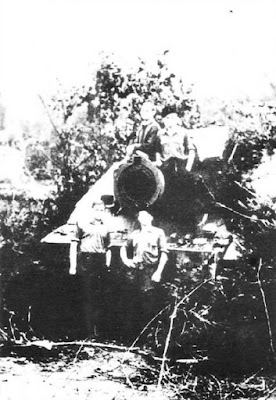 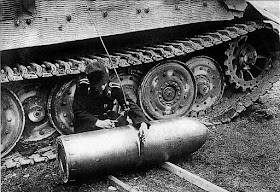 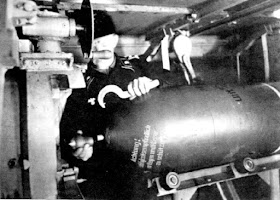 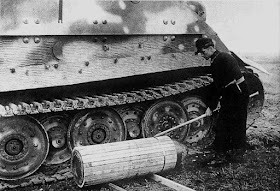 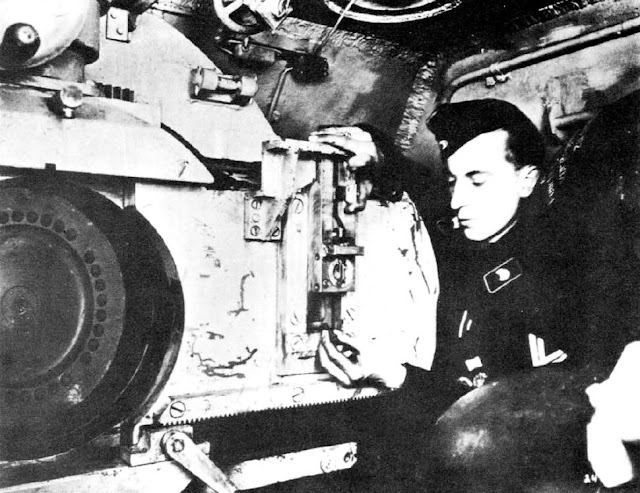 These new figures are all cast in resin and sculpted to fit the tank in 1/35th scale. The people at Stalingrad have given us a drawing/ picture combination of just how the figures will fit into the tank and at what station they are sitting at.

The commander sitting at the rear of the tank looking in his optical sights, the loaders on their knees struggling with the ammo, the gunner seen leaning to the side working the gun's mechanism and the driver leaning back looking at the rest of the guys working. 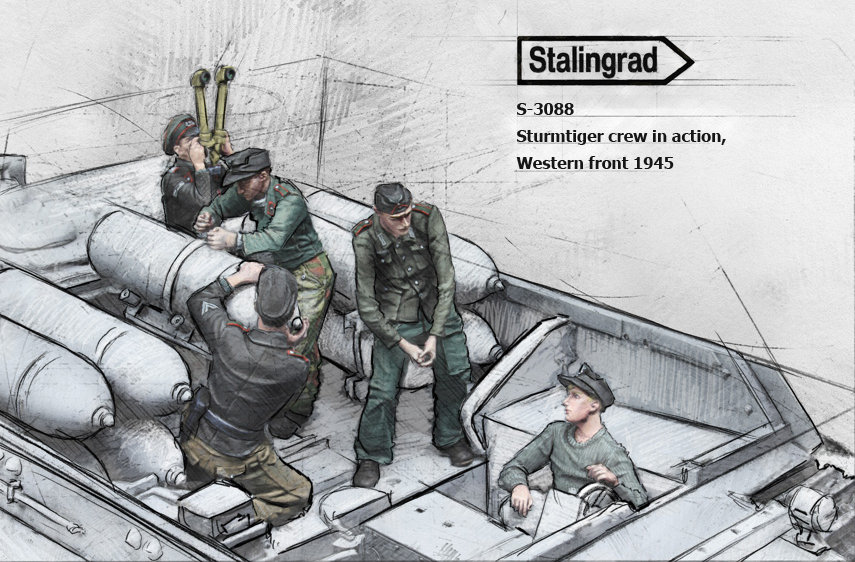 A shot from above showing the same figures, you can see from this line sketch how they fit in their positions a little better. 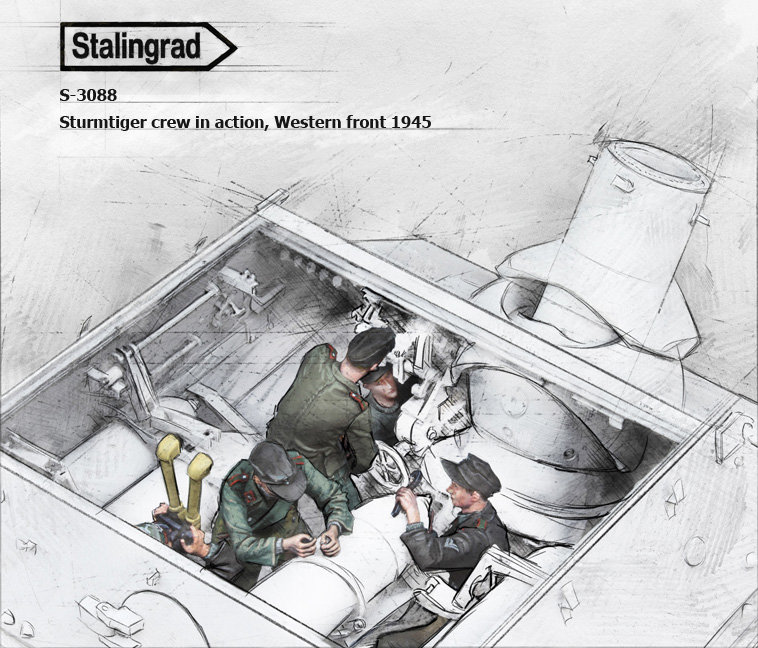 From the side of the tank, giving us a little better view of the commander as he looks for a target (better be a big one)  and the loaders as they get their round ready. 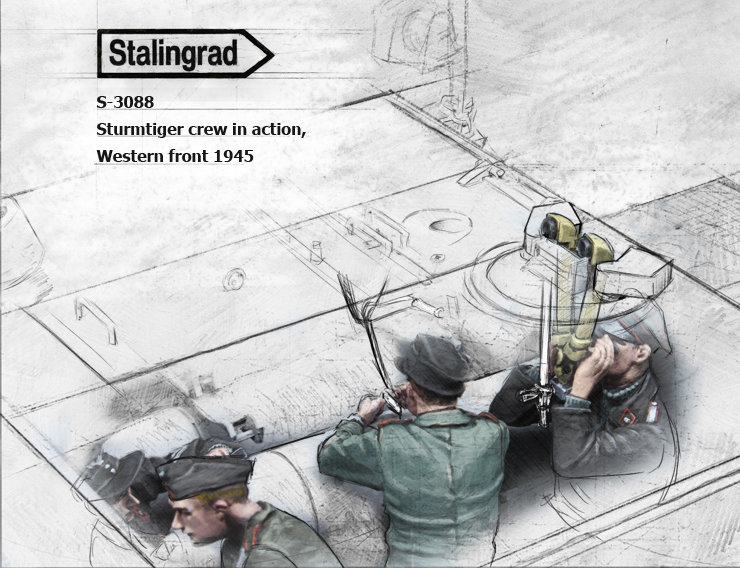 So use your mind if you will - to see all of these five who are built up and painted here at their posts we just looked at. That helps a little don't you think?

A bit like someone suddenly turned on the lights in a dark disco?

As you can see these are all full-body figures with just as much detail as any others on the market.  The poses are realistic - even more so when you see them in the tank.