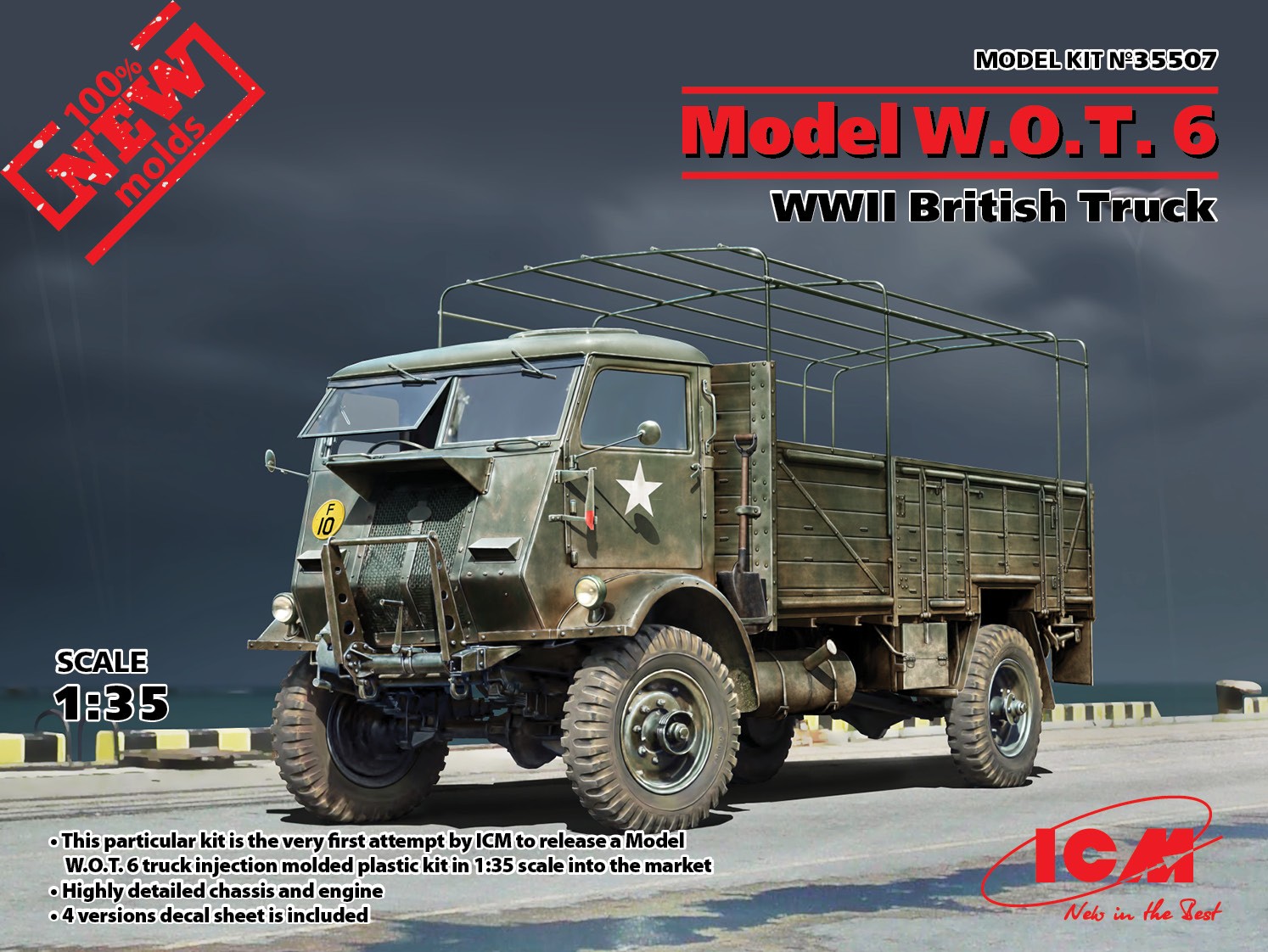 ICM is very close to releasing their new kit of the Fordson truck WOT.6 in 35th scale. We have some boxart, CADs and some pictures and info about the real thing in our new item preview...

Model W.O.T. 6, WWII British Truck in real life:
The WOT 6 The abbreviation WOT stands for War Office Truck was a WOT 8 with a longer wheelbase and a double payload of 3 tons. He was also to improve an additional reduction gearbox to the ride quality. 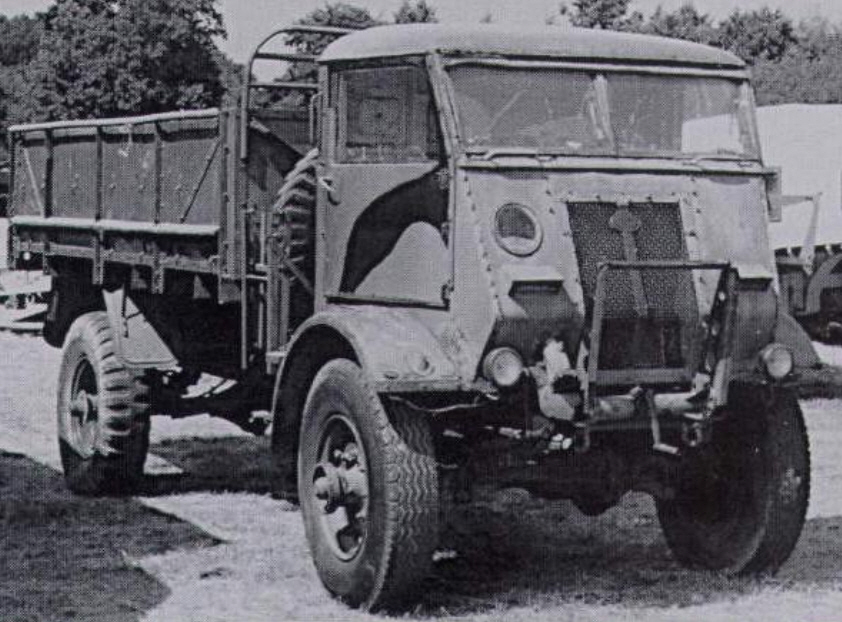 The WOT 6 was used closer to the front and many of the vehicles had therefore in the cabin an opening on the roof for the operation of machine guns. Between 1942 and 1945 nearly 30,000 copies with various special versions in addition to the standard truck were built. 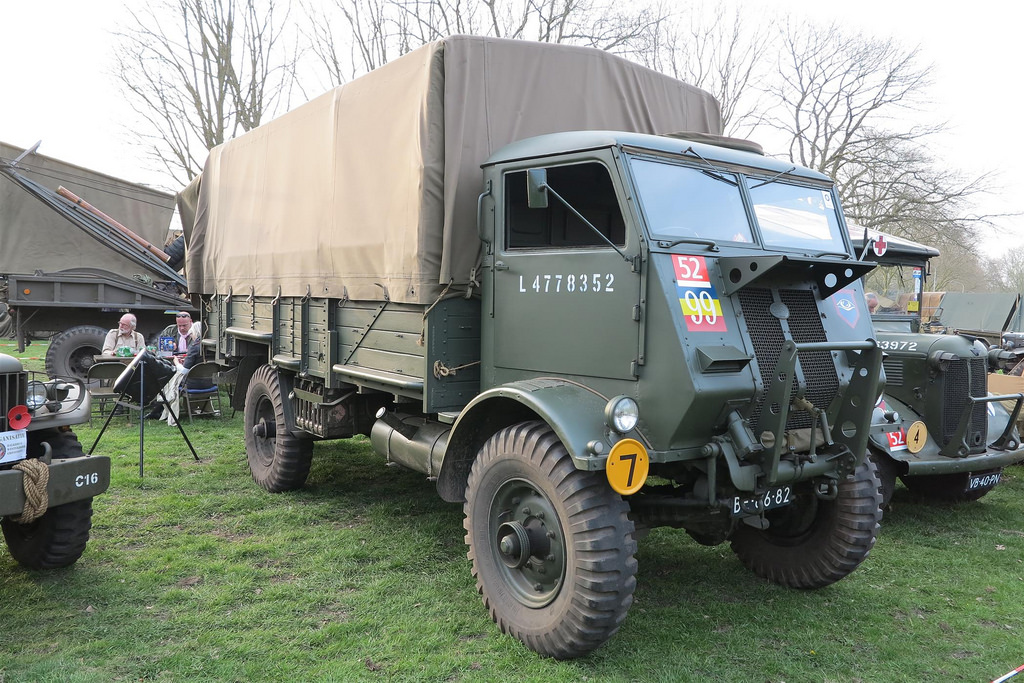 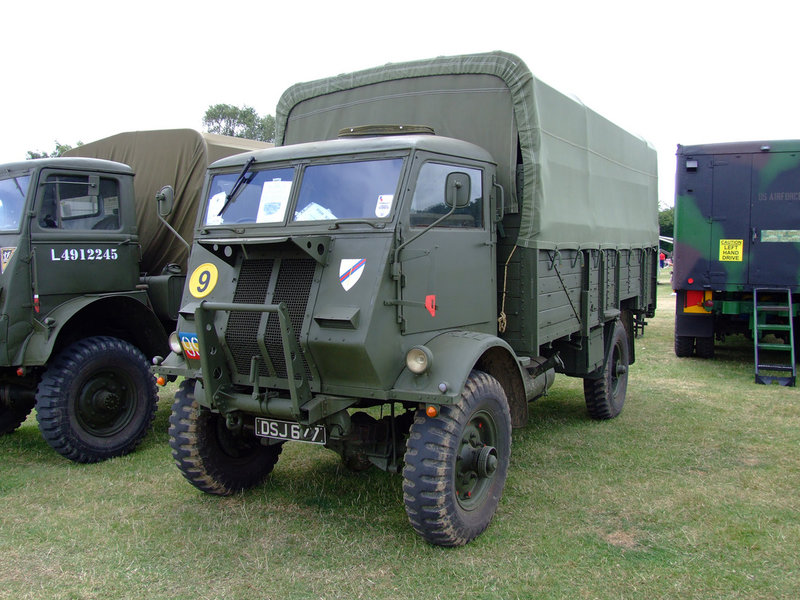 It was produced to the same broad specification as the Austin K5, the Bedford QL and the Karrier K6, fulfilling the same roles. Nearly 30.000 were produced, most of them being the GS version. Other types included breakdown gantry, machinery, compressor and house type vans. 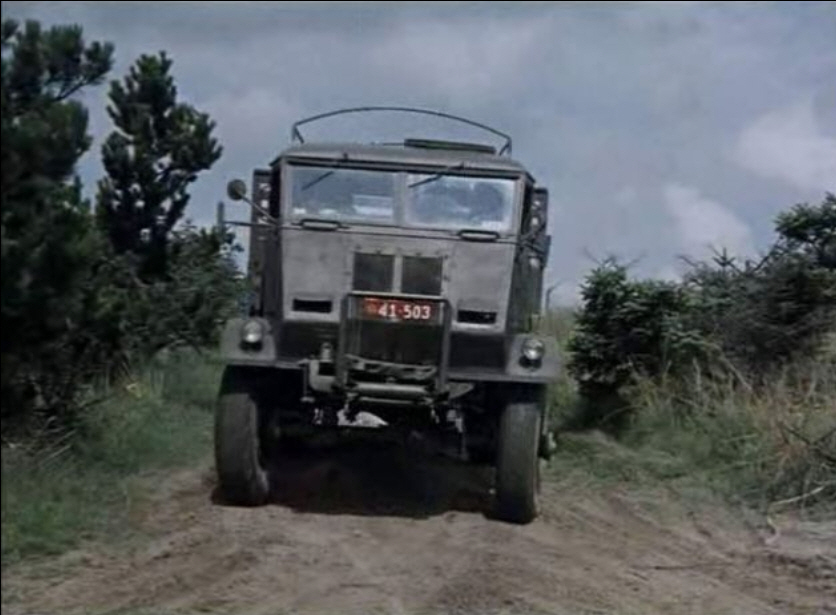 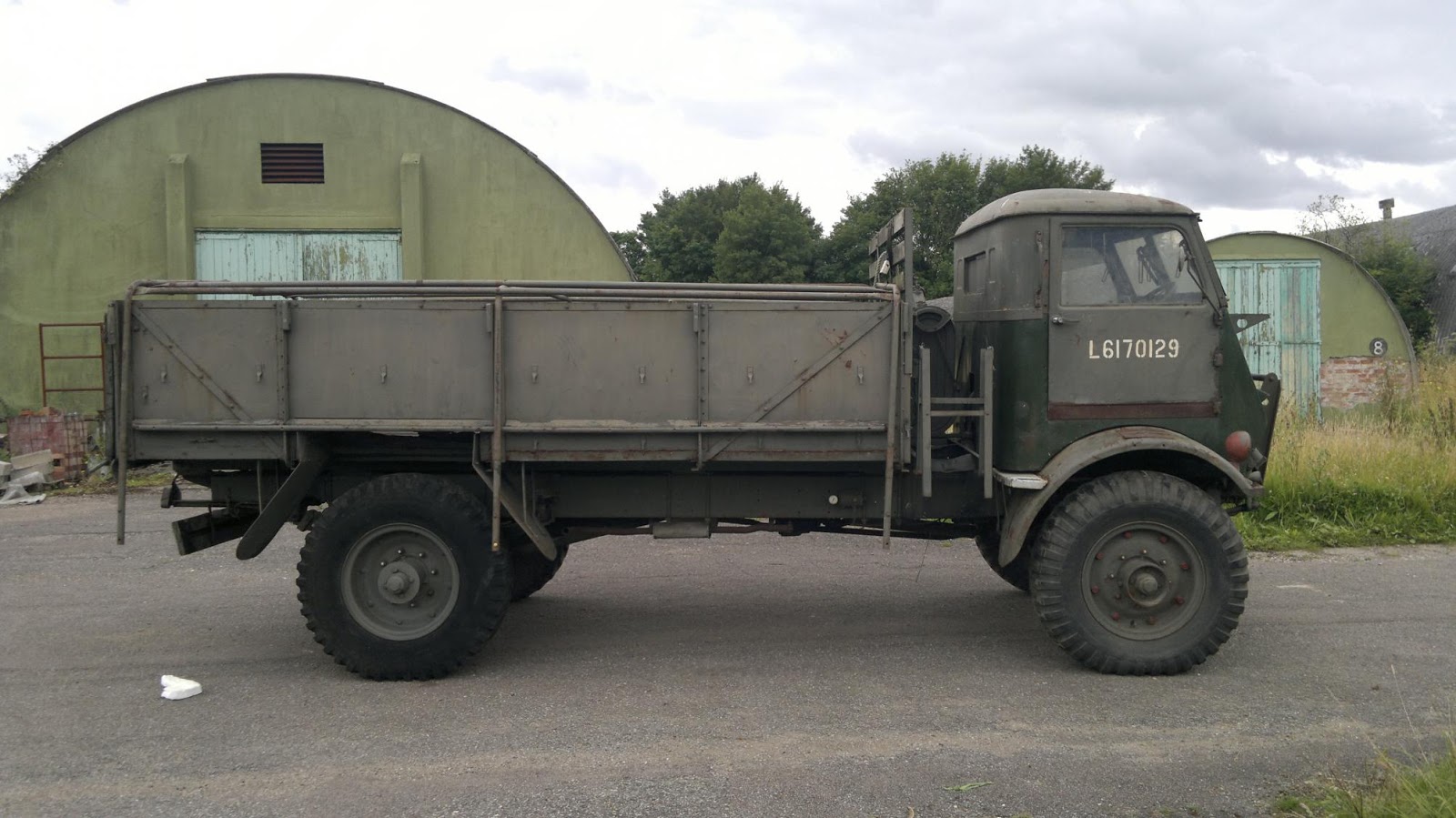 The new kit from ICM:
This new kit (we are thinking late December for release? is in 1/35th scale. The truck is the Fordson type (but not with the name we suppose because of licencing issues). The kit is a completely new mould and this basic truck can be built upon with so many others in this series...

Some CAD images of the truck... first the running gear and chassis 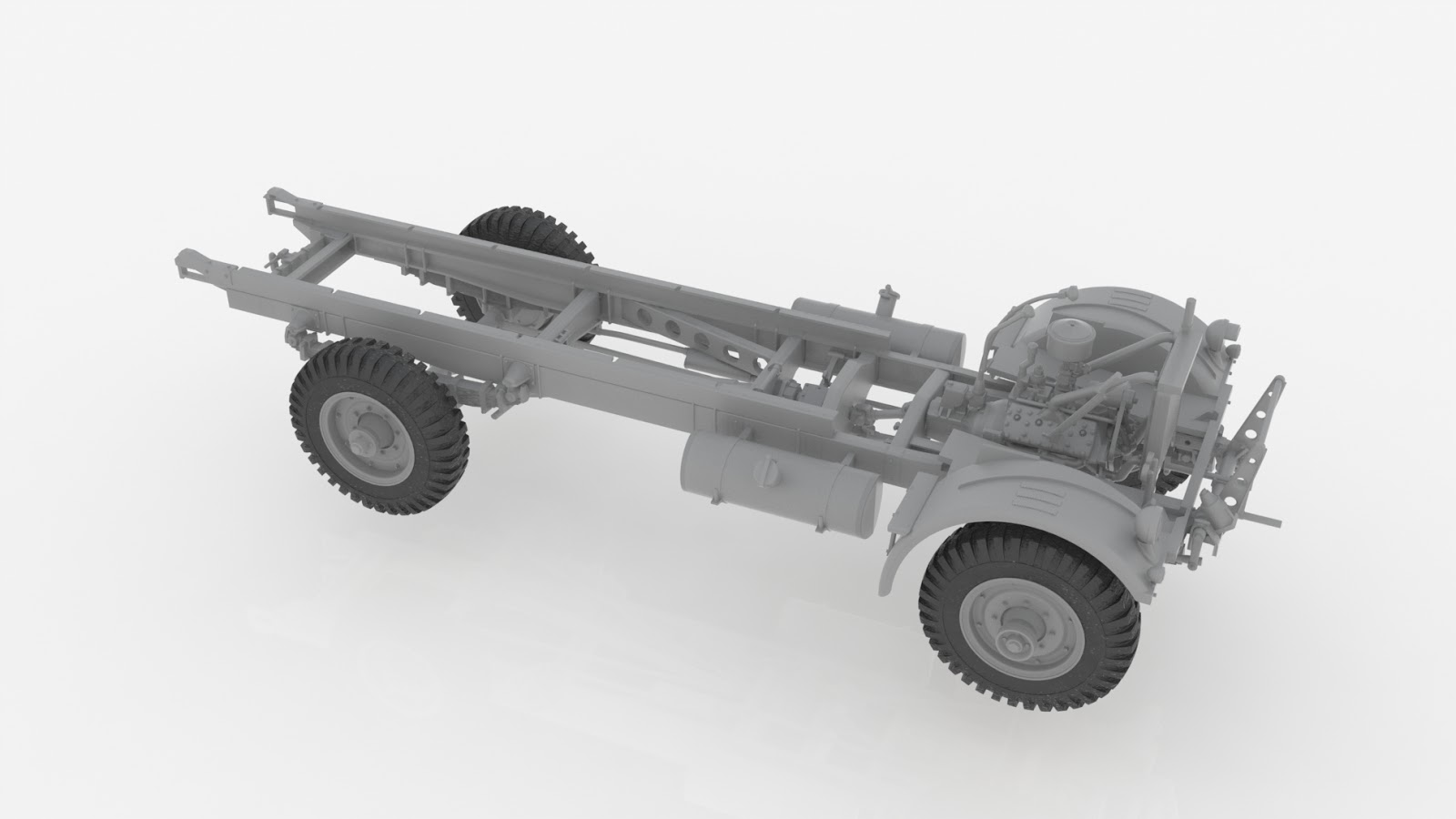 With the cab added to the chassis 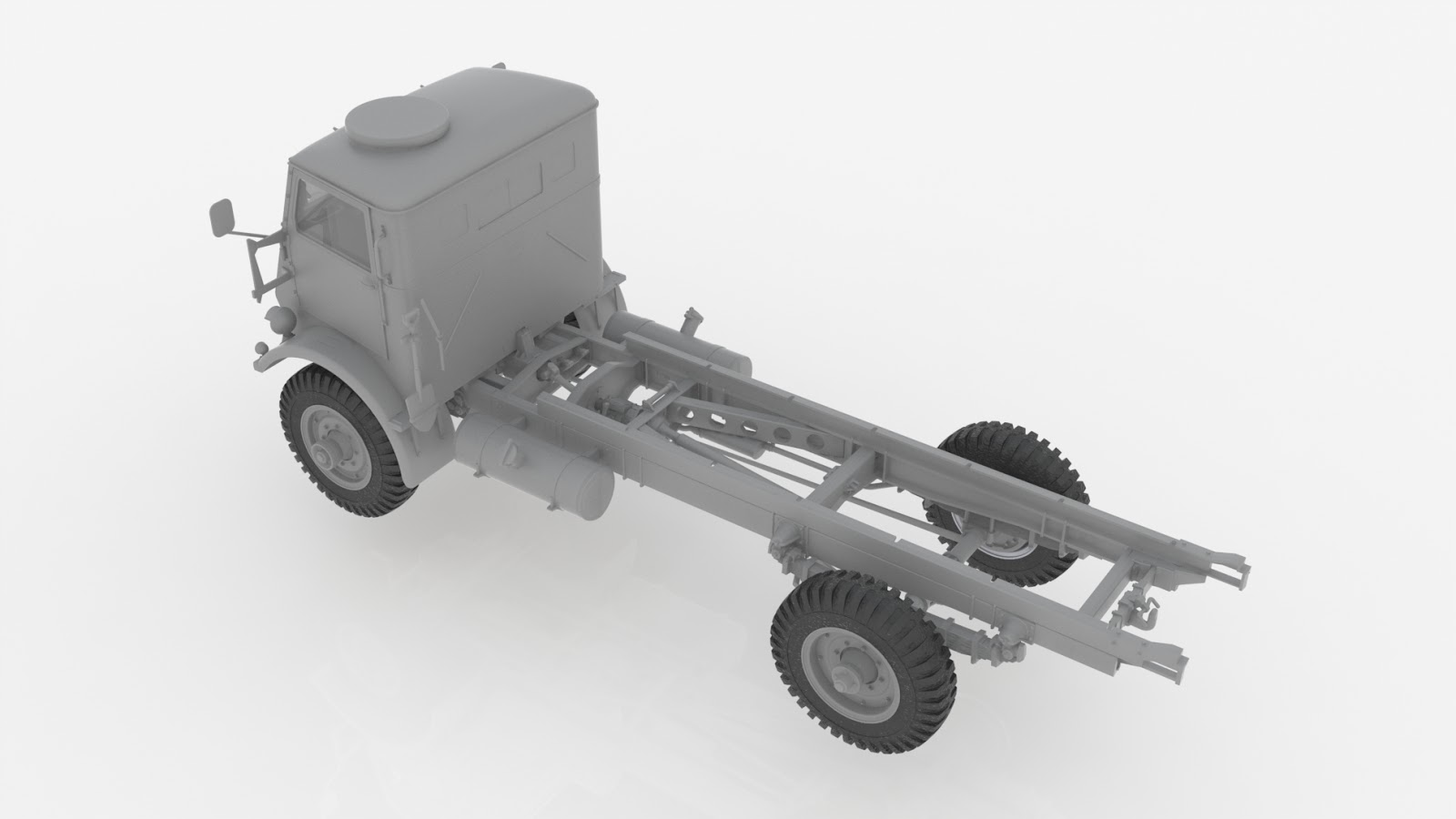 Lastly, with the frame for the rear tarpaulin added to the tray on the rear of the truck - this looks a little more like a model. 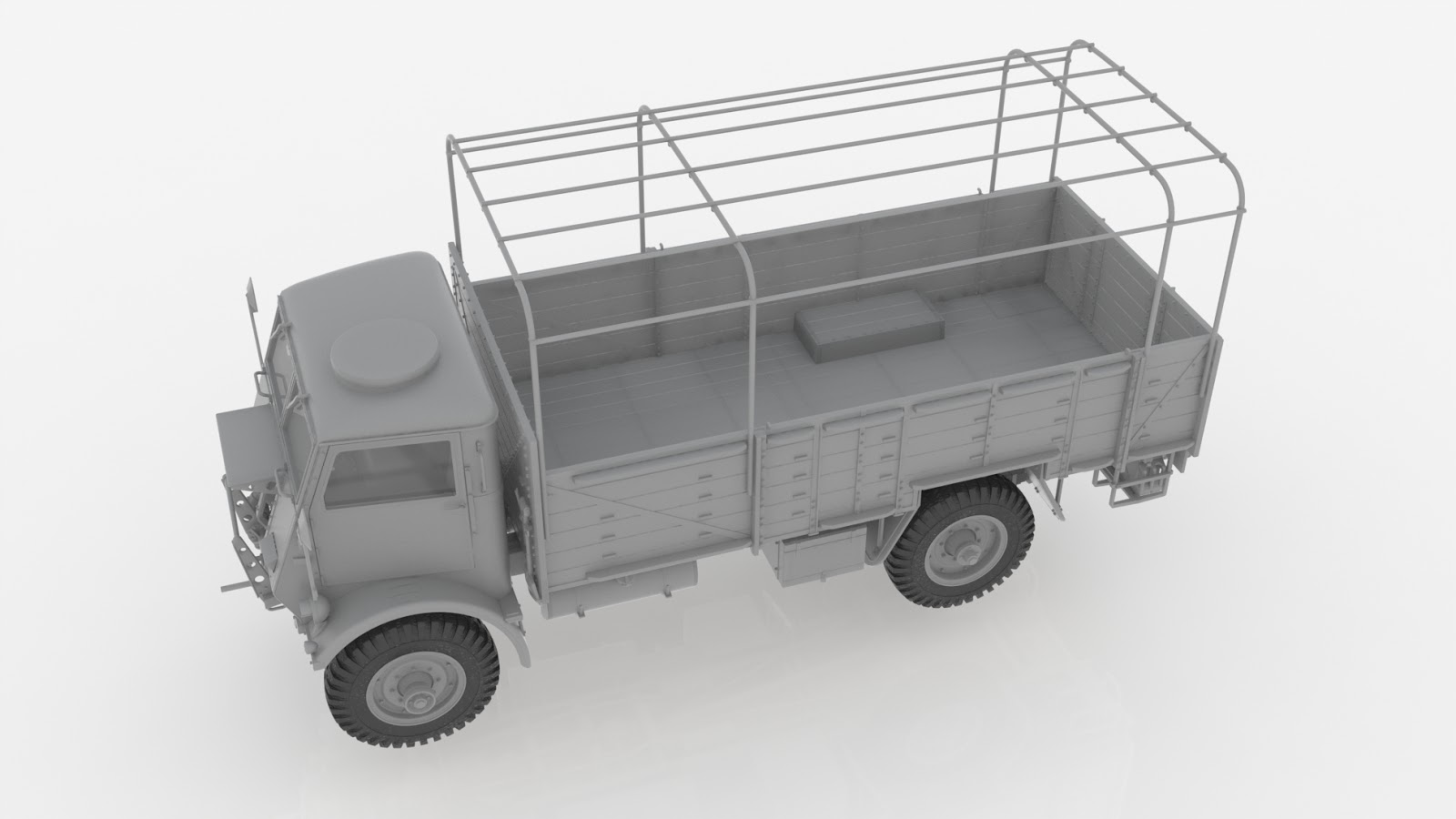 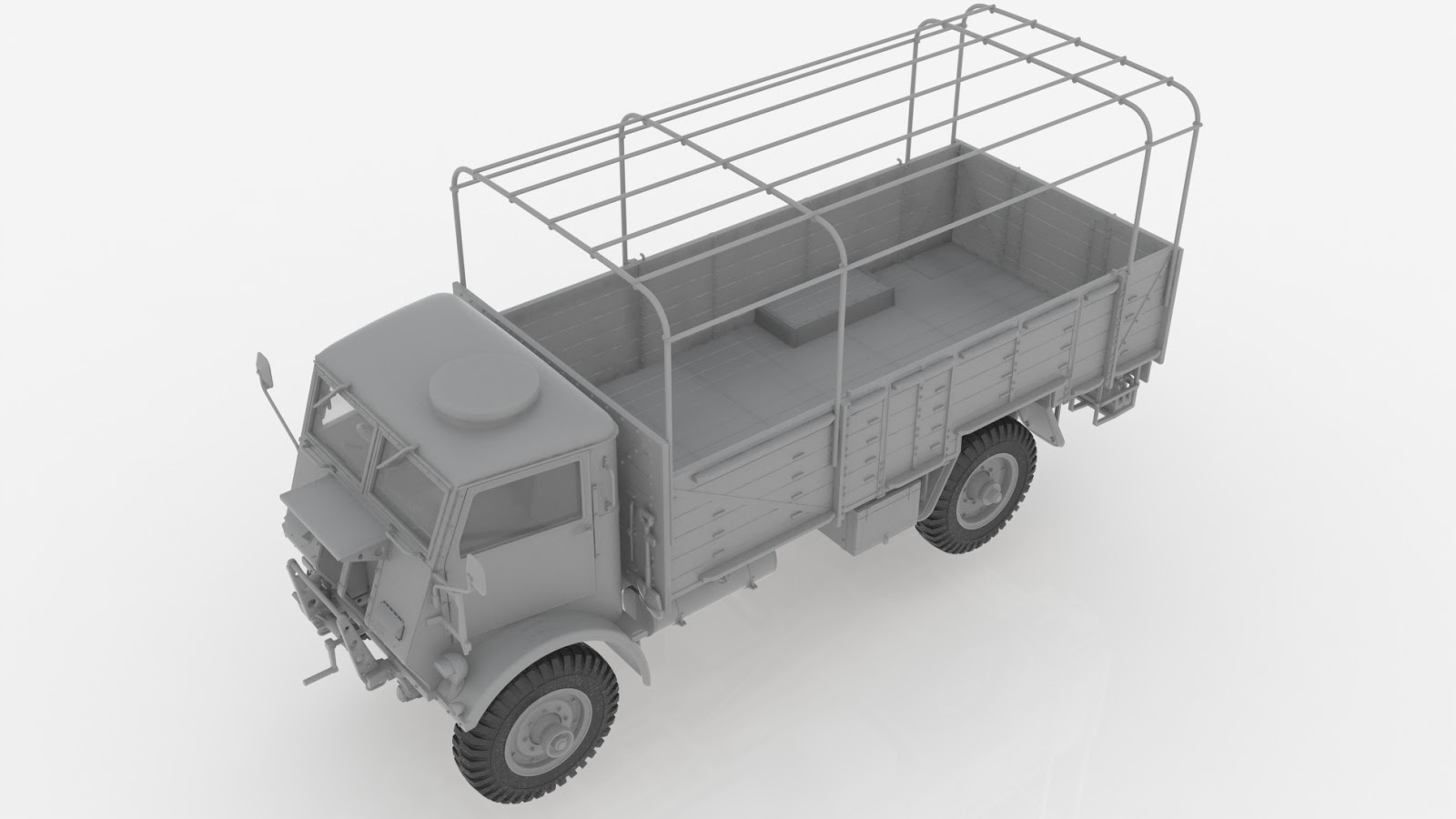 This model looks like a good start from ICM, hopefully, they will make many more trucks in this series, the multiple rocket firing truck looks like one that may get people very excited 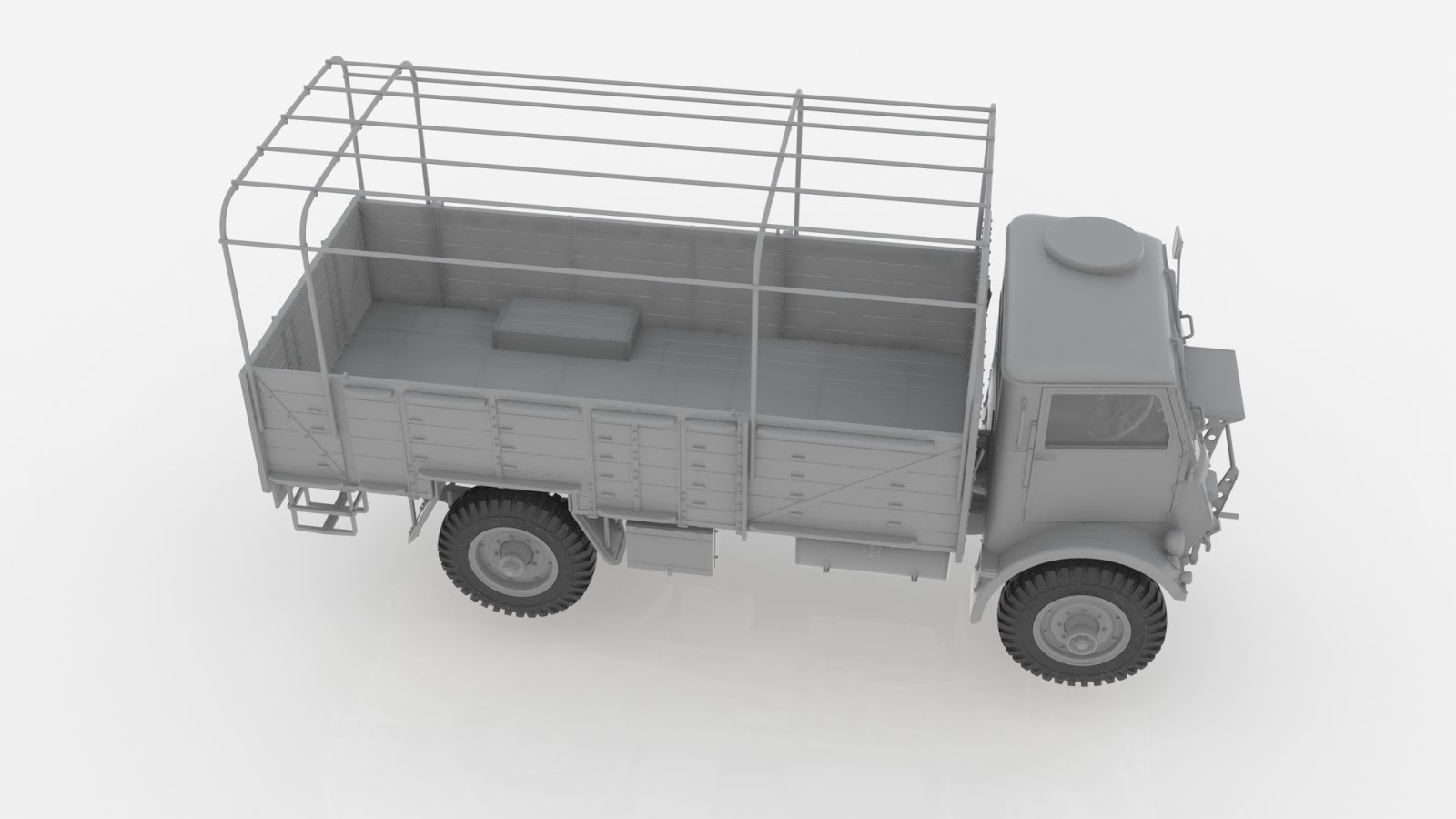 Let's hope for an Xmas release huh? More info on this kit on the ICM Website